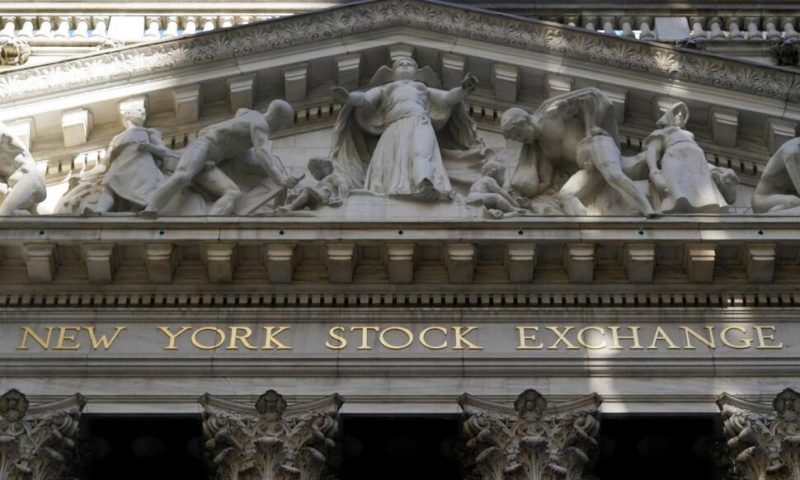 Stocks closed higher on Wall Street Monday, allowing the S&P 500 to regain the ground it lost last week and bringing it just shy of another record high.

Stocks closed higher on Wall Street Monday, pushing the Nasdaq composite to an all-time high and helping the S&P 500 more than make up for its losses last week.

The S&P 500 rose 0.9%, after spending much of the day within striking distance of its own record high. The benchmark index ended less than 0.2% below its all-time high set a week ago.

Pfizer rose 2.5% after the Food & Drug Administration gave full approval to its COVID-19 vaccine. The vaccine had been under an emergency use authorization since December, but the full approval could convince some reluctant Americans to now get their shot and will likely give local authorities the legal backing to impose mandates.

BioNTech, a German drug manufacturer which developed the vaccine with Pfizer, jumped 9.6% on the news. Moderna, which developed a similar vaccine that uses the same technology, vaulted 7.5%.

The prospects of more vaccinations and signs of some easing in the growth rate of coronavirus cases, helped put investors in a buying mood, said Sameer Samana, senior global market strategist at Wells Fargo Investment Institute.

Hopefully, the FDA approval “increases the uptake of the vaccine,” said Samana. The market’s gains “shouldn’t be viewed as anything other than a vaccine rally.”

The market remains in a summer slowdown, with late August being historically one of the slowest times for trading with the exception of the Christmas holiday season. Markets are expected to pick up in volume and volatility after the Labor Day weekend.

Investors will be looking to the Federal Reserve as the Kansas City Fed’s annual conference in Jackson Hole, Wyoming starts later this week. It will likely provide Wall Street with more insight into what the Fed may do about inflation.

Last week, minutes from the most recent Fed meeting showed that policymakers had discussed reducing the central bank’s bond-buying program later this year to start winding down some of the emergency measures implemented during the pandemic. They stopped short of setting a firm timeline.

In economic news, sales of previously occupied homes rose from June to July at a faster-than-expected pace of 5.99 million, more than the 5.82 million economists were expecting. Still, sales increased by only 1.5% from July last year, a more modest annual gain than it recent quarters. Homebuilders fell broadly following the report. Los Angeles-based KB Home fell 1.1%.