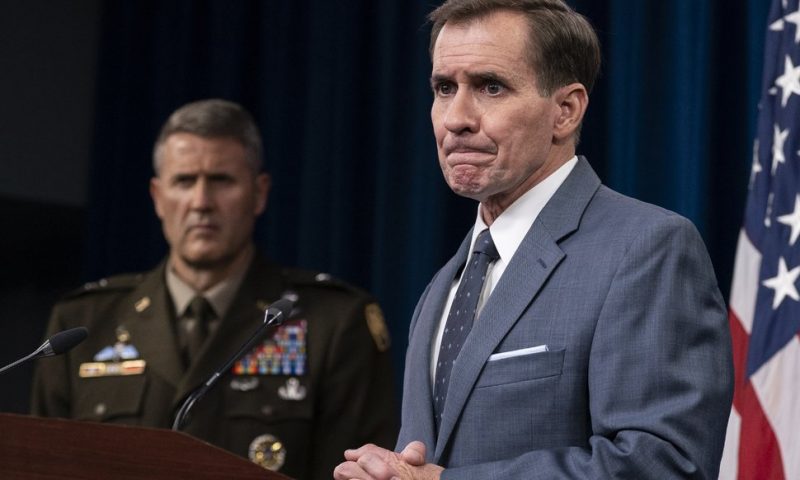 The shaky U.S. plan to evacuate its citizens and Afghan locals it has vowed to protect is now at the mercy of an apparent understanding with the Taliban, which could quickly change.

The remaining U.S. military presence in Afghanistan isolated at the Kabul airport should be able to evacuate roughly 9,000 passengers per day before the Aug. 31 deadline President Joe Biden has set, the Defense Department said Tuesday, provided the security situation on the ground does not change dramatically further.

The extremely tenuous sense of stability that allowed Pentagon planners to offer that assessment Tuesday morning highlights the fundamental questions that now face the U.S. – chiefly whether the Taliban will allow it to evacuate all of its citizens unopposed, as the insurgent network has claimed, but also whether the remaining American security presence can pull off the relocation of the tens of thousands of Afghans it has pledged to protect.

Whatever peace exists in Afghanistan now comes directly from Taliban decision-making, and it’s not clear how long the insurgent network’s patience will hold.

When asked about the troubling variables on Tuesday morning, Pentagon spokesman John Kirby confirmed that U.S. commanders on the ground were in communication with Taliban leaders but would not say whether they had reached an agreement about how the Americans may proceed.

“I would let the results speak for themselves,” Kirby told reporters, saying the two sides interact in some way multiple times per day.

Jake Sullivan, national security adviser, told reporters at the White House on Tuesday that the Taliban had agreed to allow civilians to travel to the airport.

“We intend to hold them to that commitment,” Sullivan said.

The U.S., which claims it now controls all flights to and from Hamid Karzai International Airport, had shut down all inbound and outbound flights on Monday as masses of Afghans swarmed on the civilian side of the airport, desperate to escape. Dramatic footage emerged of locals clinging to the sides of taxiing U.S. military aircraft as they tried to take off, combined with reports of deadly violence between American security forces and Afghans – though notably not the Taliban.

Army Maj. Gen. William “Hank” Taylor, who spoke alongside Kirby on Tuesday, said a semblance of calm had been restored at the airport and added, “the speed of the evacuation will pick up.”

“We have had no hostile interactions, no attack and no threat from the Taliban,” said Taylor, a logistics specialist who handles regional operations for the Joint Chiefs of Staff at the Pentagon.[

Approximately 4,000 U.S. forces would be on the ground at the airport by Tuesday evening, adding to the 2,500 already there. Defense Secretary Lloyd Austin has authorized for as many as 6,000 to arrive to provide security for the U.S. missions.

Kirby would not speculate about whether the mission would continue beyond Biden’s Aug. 31 deadline, saying that would be up to the commander in chief himself to decide.

“Time is of the essence, and we all share a sense of urgency here,” he said.

Yet the president appeared undeterred in his remarks late Monday.

“I stand squarely behind my decision,” Biden said in hastily organized remarks at the White House before returning to Camp David. “After 20 years, I’ve learned the hard way that there was never a good time to withdraw U.S. forces.”

That stability appears to have emerged from the lightning advance of the Taliban in recent days after entering the capital – at times unopposed – and prompting the country’s U.S. backed leaders to flee. Biden acknowledged Monday that the U.S.-backed government collapsed much more quickly than his top advisers had expected and laid blame squarely on those Afghan leaders – chiefly former President Ashraf Ghani – for allowing the Taliban to retake power.[

It also remained unclear as of Tuesday what remained of the supposed 300,000 local troops that Biden administration officials have claimed the U.S. successfully trained and equipped and pointed to as evidence that Afghanistan was capable of maintaining security on its own despite widespread skepticism about that assessment.

Taylor on Tuesday confirmed that as many as 600 uniformed Afghan National Security Forces were operating at the airport in support of the U.S. mission, but neither he nor Kirby said who was overseeing their operations. Some reports emerged that these forces are among the elite commandos – one of the few elements of the Afghan military that could operate with relative success on their own.

“The United States will soon have Afghanistan in its rearview mirror, but it can’t disengage. The immediate goal should be humanitarian, and that means above all evacuations of U.S. citizens and Afghans that helped the U.S. military,” Michael Kugelman, deputy director of the Wilson Center’s Asia Program, wrote in an analysis note. “The Taliban needs to agree to a ceasefire. It’s gotten everything it’s wanted: U.S. troops have left, President Ghani has left, and it’s now taken power. It needs to formally declare an end to fighting. Until and unless it does that, no one should rest easy.”