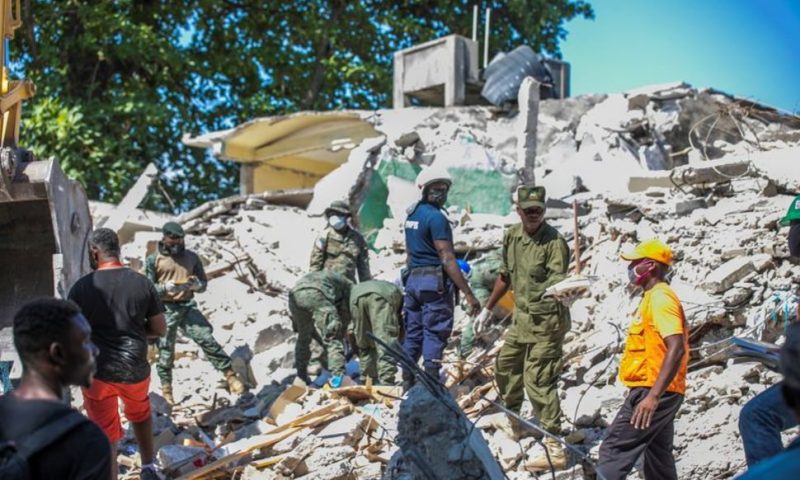 PORT-AU-PRINCE – A “humanitarian corridor” through Haiti’s gang-infested areas should be established so aid can flow to the southern regions hit by a powerful earthquake on Saturday that killed more than 1,200 people, a U.N. official said on Sunday.

The United Nations and the Haitian government have struggled to send medical supplies and doctors by road to the town of Les Cayes, which bore the brunt of the damage, due to security concerns. Instead, they have been using boats and air transport.

A spike in kidnappings and gang violence has left some roads in Port-au-Prince dangerous to drive on, including the urban area of Martissant, home to the main thoroughfare linking the coastal capital with the southern regions.

Bruno Maes, the United Nations Childrens Fund (UNICEF) Representative in Haiti, said the U.N. was “calling for a humanitarian corridor in Haiti to allow quicker and safer transfer of goods and people”.

“We are really advocating for armed groups to allow this humanitarian aid to go to reach the people as soon as possible,” Maes told Reuters.

UNICEF has managed to send one container with medical supplies to southern Haiti but the agency and many other aid organizations need to dispatch much more help to Les Cayes and surrounding areas, Baes said.

Jery Chandler, head of Haiti’s Civil Protection Agency, said the authorities were working on providing access through Martissant but for the time being the government was sending most of the help by helicopters, planes and boats.

Reports on social media, including an interview with a purported gang leader, suggested the armed groups had called a truce and would let aid pass, though so far there has been no confirmation of this.

German Emissions to Grow by Largest Amount Since 1990