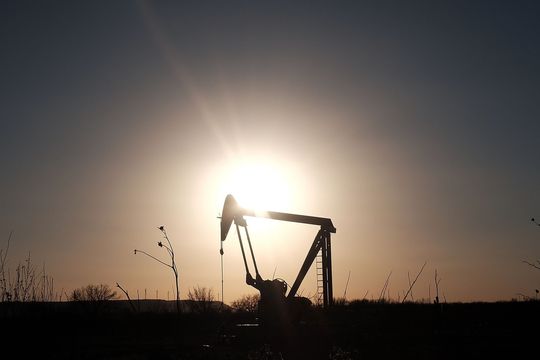 Oil futures rose for a third straight session on Thursday, erasing a Monday rout to turn higher for the week.

Traders shook off concerns about the impact of the spread of the delta variant of the coronavirus on energy demand and a rise in U.S. crude inventories last week, with oil prices finding support from rising investor appetite for assets perceived as risky, as well as tight supplies.

“It has been a very strange week for crude oil selling off Monday on the good news of the OPEC+ deal and rallying Wednesday despite the bad news of surprise weekly U.S. inventory builds,” Colin Cieszynski, chief market strategist at SIA Wealth Management, told MarketWatch.

He said the deal announced on Sunday by the Organization of the Petroleum Exporting Countries and their allies — known as OPEC+ — to gradually increase production levels is “very positive news for the oil market maintaining supply discipline, averting a potential supply war and maintaining a structure to make adjustments as market conditions change.”

The near-term risks, however, have now “shifted to the demand side and the potential impact of new delta wave lockdowns,” said Cieszynski. Over time, “the impact of each round of lockdowns has been smaller, but it remains an ongoing reminder to traders that the road to recovery remains bumpy.”

For the week, prices moved higher. The August contract, which was the front month at the end of last week, had finished Friday at $71.81.

On Monday, WTI had plunged by more than 7%, while Brent lost more than 6% but on Thursday, front-month contract prices for both settled at their highest since July 14, according to Dow Jones Market Data.

Oil enjoyed another day in the green “with WTI firmly back above $70 and the mid-July malaise seemingly behind us,” said Craig Erlam, senior market analyst at Oanda, in a note. “To climb back above $70 so rapidly after Monday’s selloff was impressive and says a lot about how traders view the dips, something that can be applied more broadly to risk assets.”

Oil rose Wednesday, with an unexpected rise in U.S. crude inventories reported by the Energy Information Administration offset by a fall in supplies at Cushing, Oklahoma, the delivery hub for Nymex oil futures.

Despite the weekly rise of 2.1 million barrels in U.S. crude supplies, the EIA said inventories at 439.7 million barrels are about 7% below the five-year average for this time of year.

Natural-gas futures finished higher Thursday, holding at the highest since December 2018, after the EIA said supplies of the commodity rose by 49 billion cubic feet for the week ended July 16. IHS Markit had forecast an increase of 51 bcf.