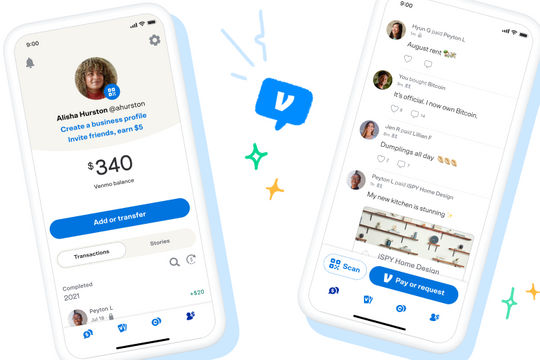 Changes to the app will highlight features like credit and debit cards, as well as crypto purchasing

Venmo is doing away with its global payments feed as part of a broader redesign of the popular financial-technology app.

Venmo, which is part of PayPal Holdings Inc PYPL, +1.09%, plans to make several changes to its app as it seeks to generate attention for a wider set of services beyond peer-to-peer payments that have the potential to bring in revenue for the company.

The redesigned app, which rolls out over the coming weeks, will make it easier for users to access newer Venmo functions, such as cryptocurrency purchasing and management of debit and credit cards. It will also kill the global feed that offered users a glimpse at payments between strangers who had opted to make their transactions public.

The public feed faced criticism from privacy advocates, though Venmo general manager Darrell Esch said that the decision to remove the feed comes as the company conducts a “streamlining” of its app to focus on elements aside from just peer-to-peer transactions. Venmo will instead emphasize its friends feed, which shows how a user’s friends transact with one another if they’ve chosen to make their payments public.

Esch said that the Venmo team “started talking late last year” about the change. The global feed once provided an “opportunity to see what was going on with people all over the platform,” something the team deemed less necessary now that Venmo itself has more going on, he added.

Venmo recently said it would give users the ability to assert more control over their friend list after reporters at BuzzFeed News were able to locate President Joe Biden’s account by scouring the friend lists of people in his network. Before that, Venmo made a user’s list of friends public, but now users can opt to make their lists private and choose not to appear on other people’s lists.

The company will still default to making transactions public with an option for users to employ more privacy controls on them. “The program is ever-evolving, but for now we’re not making that change,” Esch said in discussing Venmo’s decision to keep a public default for payments.

Other changes involve a redesigned menu meant to make it easier for users to discover other aspects of Venmo, like cryptocurrency trading as well as debit and credit cards. Venmo is focused on “discoverability of these new services” by prominently placing icons for these functions at the bottom of the app. Previously, users had to dig through a menu for many aspects aside from peer-to-peer payments.

There’s a business component behind the move, as PayPal is looking to turn Venmo into more of a money engine. It’s free for friends to send payments between each other, but card and crypto transactions represent revenue opportunities.

“What was overwhelmingly a peer-to-peer app not that long ago is becoming a more feature-rich wallet, and on top of that we’ve accelerated the monetization path and income diversification,” Esch said.

Venmo recently disclosed plans to let users designate payments as being for the purchase of goods and services. When users classify payments this way, Venmo will add purchase protections in case there are issues with the transaction, and it will also collect from the seller a fee of 1.9% of the transaction amount plus 10 cents.

The change will “add clarity and bring a new transaction type to the platform,” Esch said. The company plans to introduce this feature as well through the redesigned app, starting with a pilot that begins this week.