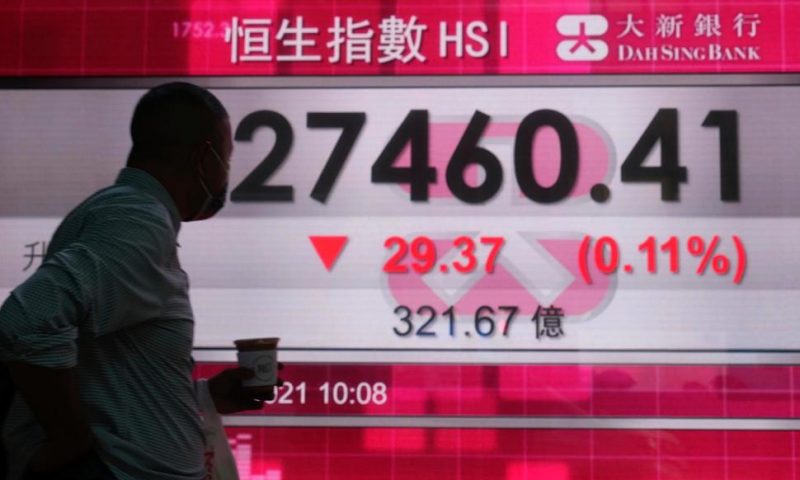 European shares have opened higher after Asia tracked a retreat on Wall Street.

Benchmarks rose in Paris and London but fell in Asia. U.S. futures were higher and the yield on the 10-year Treasury dropped to 1.18%.

Alarm has been mounting in Japan where, with just three days to go before the Tokyo Olympics open, new coronavirus cases are being found among athletes and non-athletes affiliated with the Games.

The Japanese government has repeatedly promised “a safe and secure” Games, but just about 22% of the Japanese population is fully vaccinated.

The World Health Organization says cases and deaths are climbing globally after a period of decline, spurred by the highly contagious delta variant.

Given how tightly connected the global economy is, flare-ups in COVID anywhere can quickly affect the rest of the world.

Even in the U.S., where the vaccination rate is higher than in many other countries, people in Los Angeles County must once again wear masks indoors regardless of whether they’re vaccinated following spikes in cases, hospitalizations and deaths.

Any worsening of virus trends threatens the high prices that stocks have achieved on expectations the economy will fulfill those lofty forecasts.

Besides the new variants of the coronavirus, other risks include fading pandemic relief efforts from the U.S. government and a Federal Reserve that looks set to begin paring back its assistance for markets later this year.

This week brings a slew of earnings reports. Across the S&P 500, analysts are forecasting profit growth of nearly 70% for the second quarter from a year earlier. That would be the strongest growth since 2009, when the economy was climbing out of the Great Recession.

Brent crude, the international standard, added 2 cents to $68.64 a barrel.

Turkey Aims for Dialogue With Taliban on Kabul Airport Plan