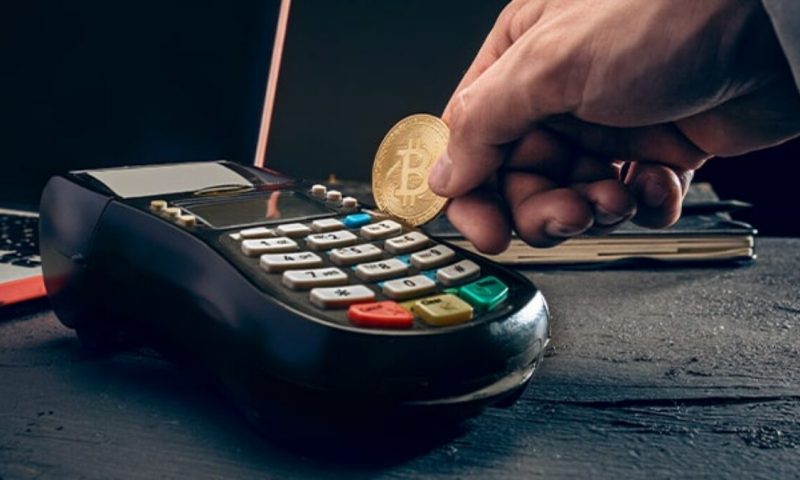 The Bahamas last year became the first nation to issue its official currency in digital form. Most of the world’s central banks, including the U.S. Federal Reserve, are considering official digital currencies.

The “sand dollar” is designed to extend financial services across the Atlantic Ocean archipelago of 700 islands, where commercial banks sometimes have limited reach and not everyone accepts credit cards.

John A. Rolle, governor of the Central Bank of the Bahamas, explained the thinking behind the project in an interview with The Wall Street Journal.

Mr. Rolle, who has run the central bank since 2016 after other postings to the government, and a secondment to the International Monetary Fund, said the sand dollar is designed for those times when a credit card isn’t convenient. He said the digital currency is a public good and, despite how it requires complex policy choices, is a sensible way for a small country to modernize its financial system.

Devastation from Hurricane Dorian in 2019, he said, demonstrated how re-establishing digital networks after a disaster should happen more quickly than rebuilding traditional infrastructure.

Here is a transcript of the interview edited for length and clarity:

WSJ: What are some of the key steps needed to create a central bank digital currency, in this case the Bahamian sand dollar?

John Rolle: The policy side really drove a lot of the early work, because it really centered on trying to identify some needs and reforms that were needed in the country to promote financial inclusion and other outcomes. We’ve been involved for almost a decade now in a modernization drive around our payment system.

It was very easy for us to see the benefit of a central bank-sponsored infrastructure [central bank digital currency] to be the glue that tied everything together.

While the financial inclusion numbers look good in some respects, in terms of people who have access to banking, depending on where you live in the Bahamas, having an interaction with your bank is flying from a remote island to the capital and dealing with your banker. Or if you’re lucky to have a bank branch on your island that can be a half day’s worth of activity organizing a trip to and from the bank.

So the Bahamas was already experiencing tremendous pressure to level the playing field in terms of access.

WSJ: Please explain why the central bank should be at the center of this work?

Mr. Rolle: It’s an example of a public good in a very small country where the equivalent may not immediately jump out at you in a larger setting.

Imagine the infrastructure devastation the Bahamas experienced post Hurricane Dorian. It took banks in some cases more than a year to get the physical branches rebuilt. Whereas if you have a fully servicing electronic infrastructure for payments that everyone has access to, that’s just as simple as restarting the communications link.

WSJ: You make it sound easier to build digital infrastructure than alternatives.

Mr. Rolle: It is easy depending on how non-advanced you are in getting started.

We are doing this literally introducing new providers and we’re getting a population in tune with mobile wallet products at the same time as addressing interoperability (between different digital financial service providers).

We have the advantage in getting to the stage of having a lot of development happening at once. The introduction of the population to the mobile wallet concept is literally happening as we are developing the CBDC.

WSJ: The central bank worked with private firms, including NZIA Ltd., to develop the systems that run the sand dollar. Please explain the process.

Mr. Rolle: Before you make a decision, sit down and list what you need and see how (an outside vendor) could communicate back to you their ability to provide those needs.

Many firms out there in the digital-payment space have capabilities but we wanted to make certain they could communicate our needs.

[The people at NZIA] are the software developers. And we do whatever testing and validations necessary for the product.

WSJ: Are there lessons for central banks in larger economies from the experience in the Bahamas?

Mr. Rolle: In the central banking world and the public policy world there’s always learning and inspiration that is coming from all directions.

It has to be a country-by-country assessment of specifically the needs that you are satisfying, maybe with the product that you’re developing.

In say the United States [and] Europe, when they look at the financial markets and the level of development, they may come back in some cases to the conclusion that some of the innovations needed might be at a wholesale [financial system] level, as opposed to the retail level.

So the scale could vary considerably from country to country.

There may be a very strong convergence of central bank collaboration and thinking about how do we get the settlement process to improve at the international level, beyond the legacy ways of doing so?

WSJ: Can you provide some figures on use of the sand dollar?

Mr. Rolle: We are so early in the process, we still don’t find it very useful to look at the numbers like that, because there’s still a considerable amount of development going on. But we are on the brink of the financial institutions activating their platforms and going on the marketing push for the increased use of mobile payments.

Cash will not go away completely.

We have to make it so that if I’m giving you sand dollars or something like it, there is a place for you to use it. And we know that in [some] communities, it means that we have to now get the entire ecosystem to be enabled. The government wants to go into some of those cash districts and stop having this nuisance of having to ship in cash.

WSJ: How have you personally used the sand dollar?

Mr. Rolle: I’ve used that in my central bank’s cafeteria…so sitting at my desk and sending my payment for my lunch. I’ve used it once to pay for groceries. I’m looking forward to using it even more to pay in cases where I don’t need to use a credit card or a debit card.

It’s going to substitute for those instances when the credit card or debit card is not an option. For some other Bahamians, it’s going to be the first time that they moved from something other than cash.

WSJ: What else should we know about the sand dollar?

Mr. Rolle: A common question that we encounter, and I think one of the other central banks are [hearing], is to distinguish what we’re doing from cryptocurrencies. It is not a cryptocurrency. It’s not intended to function in any way the way someone might look at a cryptocurrency and think about investing for capital gains or valuation games. This is your payment instrument.