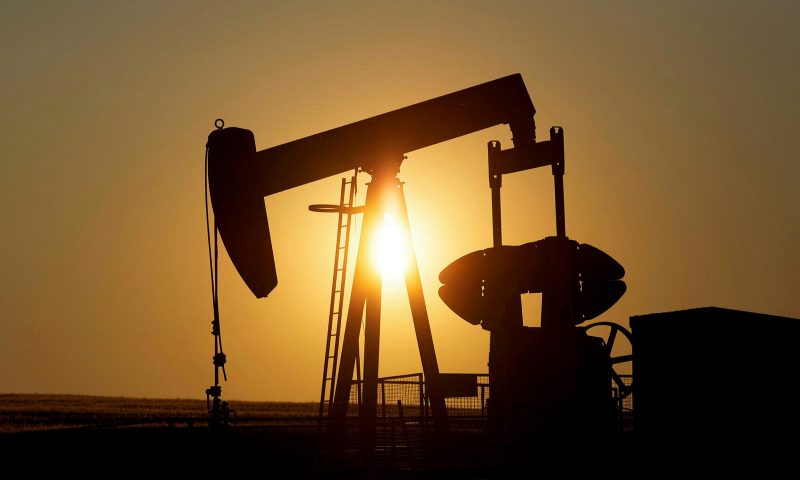 Oil futures rose Wednesday, stabilizing after the previous session’s slide, as investors continued to weigh the implications of a standoff between OPEC members over output.

Oil trading has been volatile after talks by the Organization of the Petroleum Exporting Countries and its allies — a group known as OPEC+ — collapsed on Monday, derailing a proposal to ease existing output curbs and allow production to rise by 400,000 barrels a day each month from August through December.

Crude oil prices initially rallied on expectations that production wouldn’t rise even as demand accelerates this year, with WTI hitting a 6 1/2-year high and Brent trading at its highest since 2018. But markets turned down during Tuesday’s sessions on worries the impasse, which centers on a call by the United Arab Emirates to raise the baseline that determines its output, could lead producers to open the taps and flood the market with crude.

“The latest developments have certainly clouded the policy outlook for the OPEC+ group. However, leaders in Riyadh and Abu Dhabi are unlikely to let the disagreement escalate to the levels of the price war seen with Russia in April last year,” said Sophie Griffiths, analyst at Oanda, in a note.

But other analysts remain cautious.

“It is true that Saudi Arabia has raised its official selling prices for Asian customers in August, signaling that it is willing to continue complying with the agreement,” said Eugen Weinberg, commodity analyst at Commerzbank, in a note. “However, several members of the alliance would prefer to step up their production as soon as possible — even at the expense of the others.”

On the bullish side, analysts expect U.S. data to show a seventh straight weekly decline in crude inventories. The American Petroleum Institute is expected to release its weekly tally late Wednesday, while official data from the Energy Information Administration is due Thursday.

Analysts surveyed by S&P Global Platts, on average, look for U.S. crude stocks to show a fall of 6.2 million barrels in the week ended July 2, with demand from refineries expected to outpace production growth.