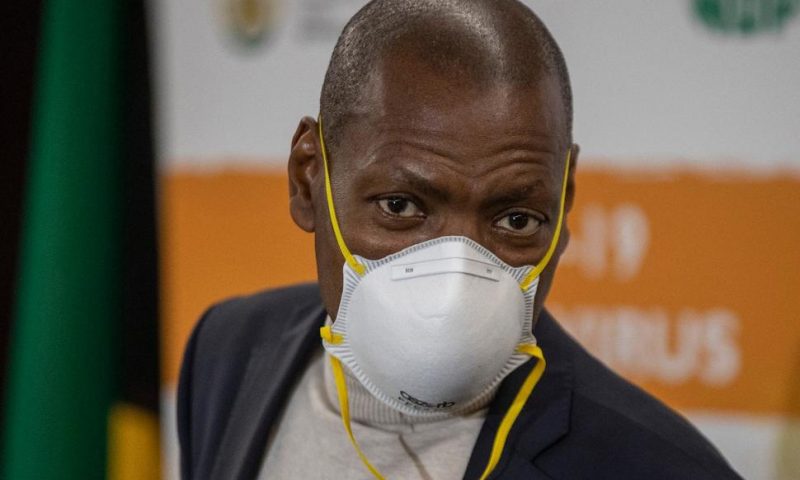 JOHANNESBURG — South Africa’s health minister was placed on special leave Tuesday over a corruption scandal involving an irregular government contract where $11 million was paid to a company connected to two people who used to work for him.

Zweli Mkhize has been spearheading the COVID-19 response in South Africa, which has the most cases and deaths in Africa.

The move was announced by President Cyril Ramaphosa in a statement from his office. It said Mkhize was placed on special leave from his job “to attend to allegations and investigations” around the irregular contract.

South Africa’s minister of tourism would step in as acting health minister, the president said. South Africa’s Special Investigative Unit is still probing the contract and hasn’t released a report, although Mkhize’s own health department has already found that the contract was “irregular.”

Mkhize has denied that he personally benefited from the contract and claimed he wasn’t involved in its awarding.

Mkhize’s former personal assistant and former spokeswoman are now connected to the Digital Vibes company, which was paid the money to organize media briefings for the minister during the coronavirus pandemic.

There are new allegations that Mkhize’s son personally benefitted from the contract.

It’s one of multiple corruption scandals that have tainted the South African government’s virus response.