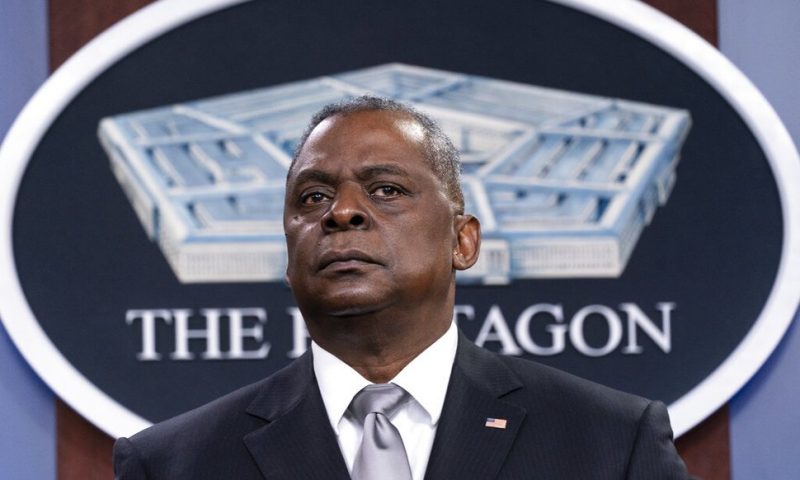 A dispute regarding communication requests by U.S. and Chinese military leaders has spilled into public view and appears to be undermining attempts to improve relations.

China on Tuesday slammed what it considers Secretary of Defense Lloyd Austin’s “unprofessional and unfriendly” behavior after U.S. officials told multiple news outlets that the Pentagon chief believes Beijing has rebuffed his efforts to connect with his Chinese counterparts.

The Financial Times first reported last week that three attempts by the secretary’s office to connect with China’s top uniformed military officer have gone unanswered. One defense official speaking on the condition of anonymity said, “The Chinese military has not been responsive.”

On Tuesday, the state-run Global Times newspaper, considered a mouthpiece of the Chinese Communist Party, issued a stern denial, saying Beijing had reached out to Austin shortly after he took office and offered to arrange a conversation with the Chinese defense minister, Gen. Wei Fenghe.

The secretary’s office did not respond to that offer, the Global Times reports a Chinese official as saying, though it claims Austin later asked to speak with a different Chinese military leader, the vice chairman of the Central Military Commission – a position roughly analogous to the U.S. chairman of the Joint Chiefs of Staff.

That request represents “an unprofessional and unfriendly act of disregarding diplomatic protocol and international common practice,” the Chinese source told the Global Times. The outlet also denied U.S. claims that Beijing seeks to complicate relations with the U.S. intentionally.

The Pentagon did not immediately respond to multiple requests for comment.

The perceived slights on both sides of the Pacific come at a time of heightened tensions between the two powers, following Chinese expansionism in and around its borders and a growing perception in Washington that U.S. leaders must take a harder line against Beijing.

Analysts consider China’s defense minister to have less sway than the chairman of the Central Military Commission, a particularly secretive gathering led by Vice Chairman Xu Qiliang, the officer with whom Austin, himself a retired Army general, wished to connect directly.

U.S. officials believe Xu in addition to his influential military position carries much more sway personally with Chinese President Xi Jingping, who himself has accumulated greater command over the autocratic government in recent years and is chairman of the Central Military Commission.

“This is especially important in a time of heightened tensions in the Taiwan Strait and South China Sea, as well as CCP rumblings about ‘The Quad,'” says Mollie Saltskog, a senior intelligence analyst with The Soufan Group, referring to the loose alliance of the U.S., India, Australia and Japan that Washington has attempted to empower in recent months at China’s expense.

“The generals China has offered for Austin to speak with do not carry the same political clout nor command over the [People’s Liberation Army] as Xu,” says Saltskog. “The argument is like comparing apples and oranges.”

China believes Austin’s reported requests “turned a blind eye to China’s goodwill and sincerity,” particularly in reportedly not responding to its congratulatory letter. According to the Global Times, “The U.S. is now releasing inaccurate information through the press and is attempting to shift the blame to China for the fact that no high-level military talks have taken place so far. This is irresponsible.”

Those who follow these exchanges say the latest affronts between the U.S. and China are, perhaps, unsurprising.

“States like to make themselves seem open to negotiation, and it is the other side that is being unreasonable,” says Tyler Jost, a professor at Brown University and expert on Chinese national security decision-making.

The defense minister position in China is less influential than in the United States, Jost says, so the U.S. might have felt slighted by Beijing’s initial offer for Austin to meet only with that particular official and declined – avoiding a bad precedent for future meetings if not paired with a meeting with CMC Vice Chairman Xu.

Beijing also might have understood the Biden administration’s attempts to seek out the officials it considers most influential with the Chinese president and balked after considering it an attempt to interfere in its domestic affairs.

“That being said, diplomatic exchanges – military ones in particular – get cancelled all the time in order to signal displeasure to the other side about broader policy issues. Military exchanges are often the first to go, in part because they are usually less foundational to the bilateral relationship,” Jost says.

Indeed, leaders in China and the U.S. have previously touted similar interactions as a source of progress in itself, though, ultimately, Jost adds, “past progress on substantive policy issues through military diplomacy has been modest.”

California and US Agree to Allow Big Offshore Wind Farms