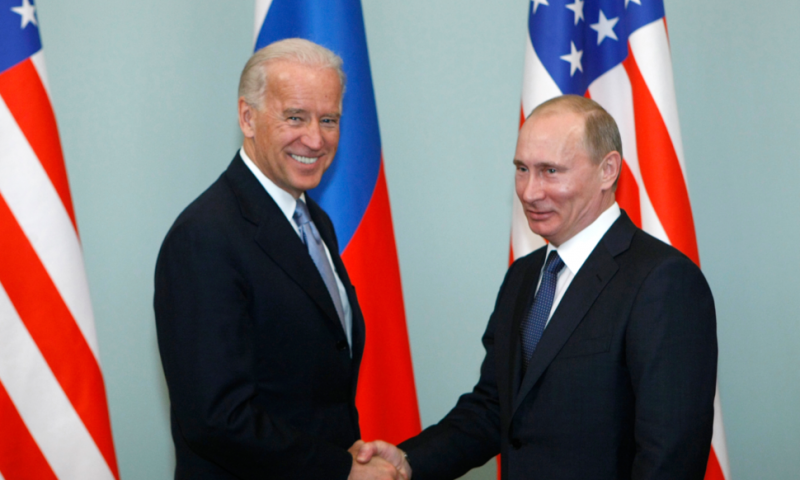 Biden first proposed the meeting in a phone call with Putin last month as the U.S. prepared to levy sanctions against Russia.

President Joe Biden will meet with Russian President Vladimir Putin in Geneva next month, the White House confirmed on Tuesday,

The meeting on June 16 is being added onto the end of Biden’s first international trip as president. He is scheduled to visit England for the Group of Seven summit and Brussels for a NATO summit.

The statement from the White House says Biden and Putin will discuss “the full range of pressing issues, as we seek to restore predictability and stability to the U.S.-Russia relationship.”

In a separate statement, the Kremlin said the leaders “intend to discuss the state and prospects of further development of Russian-American relations, problems of strategic stability, as well as topical issues on the international agenda, including interaction in the fight against the coronavirus pandemic and the settlement of regional conflicts.”

The meeting in Switzerland comes as tensions between the U.S. and Russia escalate in the first months of the Biden administration. Biden first proposed the meeting in a phone call with Putin last month as the U.S. prepared to levy sanctions against Russia, and White House officials earlier this week said they were still working out details.

A final location for the meeting has not yet been disclosed.

California and US Agree to Allow Big Offshore Wind Farms