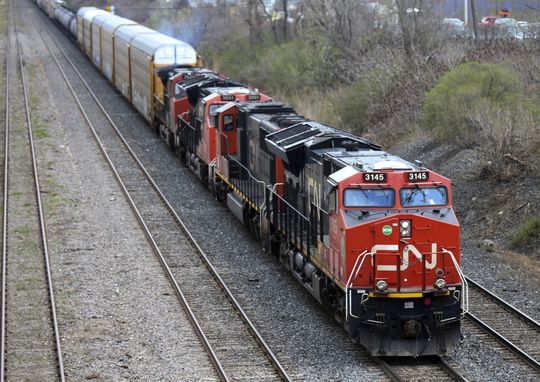 OMAHA, Neb. — A major Canadian National shareholder is urging the railroad to abandon its $33.6 billion bid to buy Kansas City Southern after regulators dealt the deal a procedural setback this week.

London-based investment firm TCI Fund, which owns nearly 3% of Canadian National, sent a letter Tuesday urging it to drop its pursuit of Kansas City Southern. It cited uncertainty about whether U.S. regulators would approve the acquisition under a tough set of rules for railroad mergers that haven’t been tested since they were written 20 years ago.

“There is no way the CN board can have any confidence in how these new rules will be interpreted because they have never been used before,” wrote Chris Hohn, TCI founder and portfolio manager, and Ben Walker, a partner at the firm.

TCI said the comments regulators made when they raised a procedural issue with Canadian National’s CNI, -0.06% plan Monday suggested they will take a cautious approach to evaluating the merger.

TCI, however, does have a potential conflict of interest in the dispute because it is also the largest shareholder in Canadian Pacific CP, -0.98% railroad, which has made a rival $25 billion offer to buy Kansas City Southern KSU, -0.36%. Still, the firm said it would be reckless to bet nearly $2 billion — the amount Canadian National would owe in breakup fees — on the Surface Transportation Board approving Canadian National’s plan to buy Kansas City Southern.

CN said it welcomes input from its shareholders, but it still believes it should move forward with the Kansas City Southern deal.

“CN’s board believes its pro-competitive combination with Kansas City Southern is in the best interest of CN’s shareholders and other stakeholders,” Canadian National said.

And Canadian National’s largest shareholder, billionaire Bill Gates’ Cascade Investment, has backed the deal. Cascade spokesman Charles Zehren said Tuesday the investment fund — which holds roughly 12% of CN’s stock and a seat on its board — stood by the public statements it made last month in support of the deal.

Canadian Pacific has said it believes allowing Canadian National and Kansas City Southern to merge would hurt competition because those two railroads both have lines that compete for business between the Gulf Coast and the Midwest. Canadian National has said it is confident it can address any competitive concerns during the review process for the deal.

Target’s 1Q Profit Surges as Shoppers Go Out and Spend