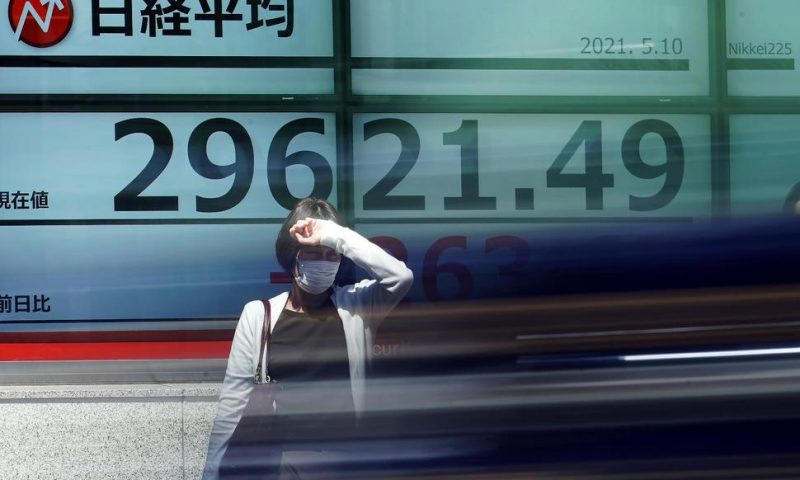 Asian shares opened the week higher, cheered by a rally on Wall Street as a grim jobs report signaled to investors that interest rates will likely stay low.

The regional gains are coming despite a recent surge in coronavirus infections in Asia.

In Japan, worries are growing about tens of thousands of athletes and officials entering the country for the Tokyo Olympics, set to open in July. Many will be from countries where people have been vaccinated, while the rollout has been extremely slow in Japan, with about 3% of the population inoculated so far. The Tokyo Olympics organizers are promising stringent measures to prevent clusters and testing the athletes and officials regularly for infections.

Yeap Jun Rong, market strategist for IG in Singapore, said investors are watching for inflation and retail sales data out of the U.S. and for British economic growth data.

The economy is regaining momentum as the rate of coronavirus vaccinations rises but Friday’s U.S. jobs report was a massive disappointment. The market’s most anticipated economic data of each month, it showed employers added just 266,000 jobs in April. That was far fewer than the 975,000 jobs that economists expected and a steep slowdown from March’s hiring pace of 770,000.

The weak jobs number bolsters the case for the Federal Reserve to keep interest rates low.

Such low interest rates have been a huge reason for the stock market’s recovery from its pandemic low in March 2020. Investors have fretted that a supercharged economy could lead to higher, persistent inflation, forcing the U.S. central bank to raise rates. The Fed has been holding short-term rates at a record low and buying $120 billion in bonds every month.