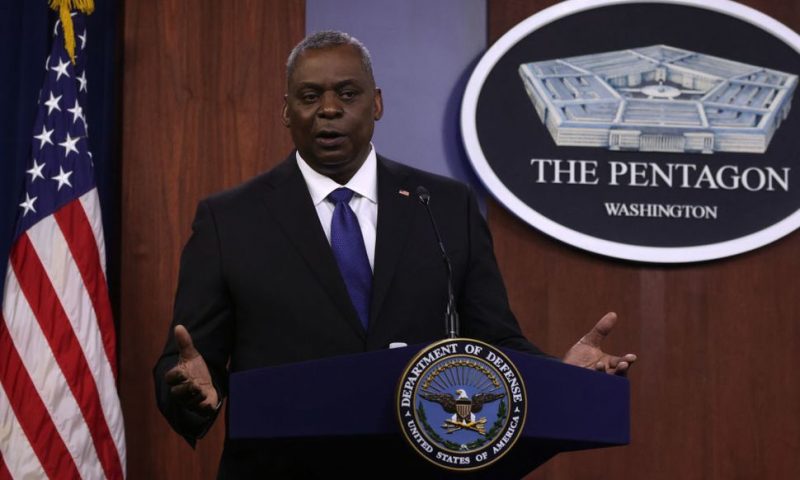 U.S. military officials remain optimistic, but unspecific, about how the worsening situation in Afghanistan will improve before the full U.S. withdrawal by September.

“Hope” may not be a strategy, as the martial cliche goes, but for the U.S. military it’s become a substantial part of its plans for withdrawing from Afghanistan.

The Pentagon’s most senior officials provided an update for the draw-down effort on Thursday, a month after President Joe Biden’s initial orders to end the war in Afghanistan and long enough to begin understanding what the conflict zone will look like without a U.S. military presence: A key inspector general has identified unsustainable rates of casualties and desertions among Western-backed local forces on the ground, the Taliban appears poised to launch even more offensives while the key question of whether it will begin directly attacking Western forces remains unclear, and 200 government troops this week surrendered as the insurgent network claimed it had captured most of the Burka district in the country’s northeast.

When asked about the real prospects for Kabul in the face of this onslaught, which the U.S. has spent two decades, thousands of lives and billions of dollars working to rebuff, Defense Secretary Lloyd Austin had little to say about new strategies.

“We’re hopeful the Afghan security forces will play a major role in stopping the Taliban,” the former Army general told reporters at the Pentagon, speaking alongside Army Gen. Mark Milley, the chairman of the Joint Chiefs of Staff and his former subordinate commander in Afghanistan.

“We hope through our continued support, the Afghan security forces can be effective,” Austin continued. “They have pretty significant capability. But we expect this will be a challenge for them.”

Austin cited local forces’ ability to fight back against a major Taliban offensive in Lashkar Gah in the restive Helmand province earlier this week – the insurgent group’s historic stronghold – but there remain scant few other details of success in repelling the enemy’s offensive.

And the humanitarian situation in that area is rapidly deteriorating. Doctors Without Borders, also known as Medecins Sans Frontieres or MSF, said in a statement Thursday that hospitals in Lashkar Gah have become overwhelmed.

“Alarmingly, patients and staff say that access routes to the city are blocked, and MSF has seen a decrease in the number of admissions of children and pregnant women,” according to the statement. “Some families may be afraid to attempt to reach the hospital due to the conflict, even if their children are very sick. MSF calls on all parties to allow everyone access to medical care.”

The circumstances have become emblematic of the broader dangers that await Afghans after a U.S. withdrawal on top of the 20 years of war they have had to endure.

Indeed, many officials have begun worrying privately, and occasionally publicly, whether the U.S. is fated for the same internationally embarrassing scenes of its citizens and closest allies boarding helicopters as the capital city falls to enemy forces as it did in Saigon in 1975.

Milley has pushed back against this fatalism in recent days and offered similar optimism on Thursday.

“It is not a foregone conclusion” that the Taliban wins as soon as the U.S. leaves, Milley said. And he offered other details meant to prop up his assessment: Attrition among Afghan forces has been “average” over the last year or so. He reminded reporters that the U.S. is aware of the rates of troops killed in action, wounded in action and those that have deserted – statistics that Washington and Kabul stopped releasing in recent years amid concerns they bolstered the enemy’s cause. Milley would not provide more detail.

And he pointed to an ongoing effort led by the State Department to negotiate a peace with the Taliban.

“That effort has not been closed yet,” Milley added.

Though as Milley, Austin and countless other military commanders have testified in recent years – particularly in bolstering arguments for a sustained presence in Afghanistan – diplomatic negotiations have little weight if they aren’t backed by credible military strength.

The administration has also begun showing signs that it recognizes the bad optics of the withdrawal, particularly Biden’s original pledge to withdraw troops by Sept. 11 – a choice his critics have interpreted as inappropriately co-opting a date held in reverence among Americans. Milley on Thursday for the first time did not mention that specific day, rather citing the plan to withdraw all troops by September. He said he would not offer specific dates for U.S. plans in the future, citing security concerns.

Whatever other elements of the U.S. withdrawal that aren’t left to hope are otherwise relegated to unanswered questions. Chief among them is how the U.S. will be able to continue providing the support it has promised for Afghan forces and the ability to maintain pressure on terror groups from “over the horizon,” or without a physical presence in the country.

The Biden administration has yet to unveil any details about planned arrangements with neighboring countries for long-term U.S. basing nearby. Many of those traditional partnerships, notably with Pakistan, have frayed to the point of irreparability during the 20 years of war in Afghanistan.

Milley and Austin on Thursday also said no deals have yet been reached for how to maintain contractor support to the Afghans, the sweeping private-sector arrangements that provide everything from logistical infrastructure to the expertise needed to keep the country’s helicopters flying safely. Without 16,000 American and other foreign contractors, U.S. officials have said in recent weeks, Afghanistan’s fledgling air force will be grounded.

But Austin made clear, all of that support will leave with the uniformed troops.

“We’re going to responsibly retrograde all of our capabilities, and contractors falls within that as well,” the secretary said, using the military’s technical term for a planned withdrawal. “We’re going to account for all the people and resources that are working with us.”

Local leaders this week have identified the stark options that lie ahead for the main parties involved.

“The choice is clear,” Afghan President Ashraf Ghani wrote on Wednesday. “Coalesce around an unacceptable end state in Afghanistan, or continue the dangerous power-grabbing alternative.”

The Taliban already appears to have made its selection.

German Factory Production, Exports up in March in Good Sign