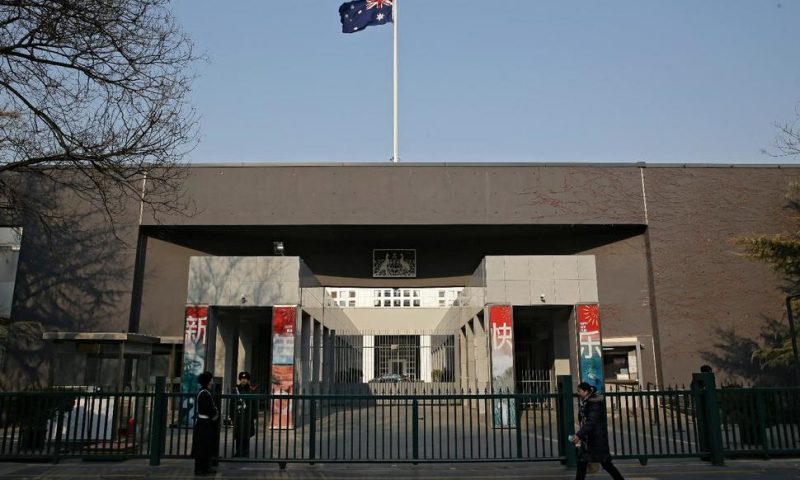 China has suspended an economic dialogue with Australia, stepping up a pressure campaign that began over Australian support for an investigation into the origins of the coronavirus.

BEIJING — China on Thursday suspended an economic dialogue with Australia, stepping up a pressure campaign that began over Australian support for a probe into the origins of the coronavirus.

Beijing also has blocked imports of Australian coal, wheat, wine and other goods, plunging relations to a multi-decade low. Prime Minister Scott Morrison’s government has not offered any concessions.

The Chinese government accused Australia of taking steps “to disrupt normal exchanges” due to a “Cold War mindset and ideological discrimination.”

Beijing will “indefinitely suspend all activities” under the China-Australia Strategic Economic Dialogue, said a statement by the Cabinet’s planning agency, the National Development and Reform Commission.

China holds such dialogues with Australia, the United States and some other governments to discuss trade disputes and other economic issues.

China’s relations with Australia, India and some other neighbors are increasingly strained by the ruling Communist Party’s assertiveness abroad, including claims to disputed territory and accusations Beijing is trying to influence politics in Australia and other Western democracies.

China blocked imports of most Australian goods last year after its government called for an investigation into the coronavirus, which emerged in central China in late 2019.

Chinese ministers refuse to take calls from their Australian counterparts.

China is Australia’s No. 1 foreign market, but the sanctions impact has been limited because Chinese still mills still buy Australian iron ore, the country’s most valuable export.

The Australian foreign minister said the step didn’t target “any one country,” but Beijing warned it might retaliate.