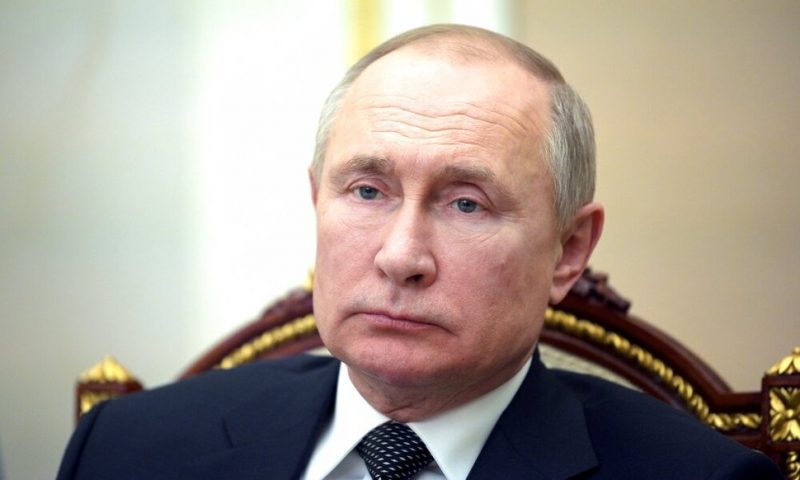 The Russian leader appears to have secured global attention following the apparent withdrawal of hundreds of thousands of Russian troops from the Ukraine border.

The Kremlin on Monday confirmed President Vladimir Putin has accepted President Joe Biden’s invitation to meet sometime this summer, granting the Russian leader a high-profile summit after weeks of near unprecedented provocations from Moscow.

Biden during a telephone call on April 13 proposed that the meeting take place in a European country at some point in the coming months, shortly before the U.S. imposed sanctions on Russia for a widespread hack into federal servers. That exchange came amid a massive surge in Russian military forces along its border with Ukraine numbering more than 100,000 according to local estimates before Russian leaders ordered a withdrawal last week.

Putin spokesman Dmitry Peskov on Monday did not confirm dates or a specific location, saying “many different factors have yet to be analyzed in order to come to some final agreements,” according to a translation of his remarks to reporters.

Yet it appears to mark a notable step in Putin’s attempts to establish his position as a global statesman, following through on political maneuvering that will allow him to remain in power for the indefinite future – and despite a series of setbacks to that goal in recent months.

Russia also announced on Monday that Putin would meet with Ukrainian President Volodymyr Zelenskiy, though the date and time also is not confirmed. Zelenskiy, who has pleaded for international support in recent weeks amid the provocative buildup on his country’s borders, had proposed that the two leaders meet in the Donbas, the region in eastern Ukraine where a Russian-backed war began in 2014.

Moscow has claimed its surge in forces to the border with Ukraine – paired with naval deployments in the strategically consequential Black Sea adjacent to Crimea – represented only a military exercise, timed with ongoing, massive NATO drills elsewhere in Europe. Though Defense Minister Sergei Shoigu ordered on Friday the return home of all temporarily deployed troops, Ukraine’s foreign minister also pointed out last week that many of the forces mobilized for the so-called exercises were subsequently assigned to their new positions permanently.

[ READ: U.S. Helping Ukraine Foil Russian Cyberattacks as Hacking Spikes: Sources ]
Other officials familiar with Russia’s tactics say the buildup represented a “dress rehearsal” and a warning to other European countries and their partners about potential new offensives by Moscow.

Polish Foreign Minister Radek Sikorski, speaking to CNN on Sunday, compared the mobilization to similar buildups that preceded Russia’s invasion and annexation of parts of Georgia in 2008.

“Putin, remember, has failed in Ukraine. He wanted to integrate the whole country into his Euro-Asiatic union,” Sikorski said, adding he believes Putin will again attempt to achieve that goal. “Remember that back in 2014, the Russians were very close to carrying out Operation Novorossiya, which would have been taking over half of Ukraine and cutting it off of the Black Sea. And I think those plans are still being considered.”

Biden revealed details of his phone call with Putin on April 15, saying he spoke with the Russian leader to explain why the U.S. was imposing new sanctions on Russia and expelling 10 of its diplomats from its embassy in Washington, D.C.

“Now is the time to deescalate,” Biden said in televised remarks. “The way forward is through thoughtful dialogue and diplomatic process. The U.S. is prepared to continue constructively to move forward that process.”