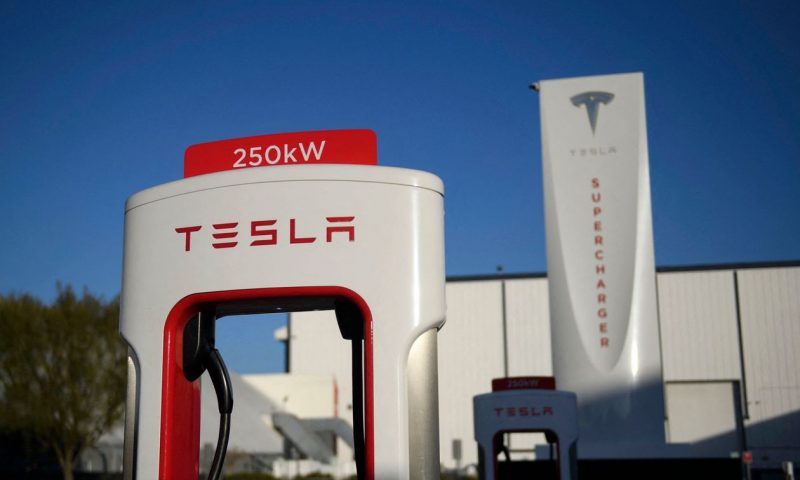 Major U.S. stock benchmarks finished flat to slightly lower Tuesday, a day after the S&P 500 index and Nasdaq Composite closed at records, as investors sifted through a torrent of corporate earnings reports.

What are major benchmarks doing?

On Monday, stocks ended mostly higher, with tech-related shares leading the move to the upside. The S&P 500 rose 0.2% and eclipsed its previous closing high from April 16 and the Nasdaq Composite jumped 0.9% to take it out its record finish from Feb. 12. The Dow stumbled, falling 0.2%.

Corporate results for the first quarter were in the spotlight as one of the busiest weeks of the earnings reporting season got under way, with electric car maker Tesla Inc. TSLA delivering its report late Monday afternoon. Tech results will be in the spotlight, with Microsoft Corp. MSFT and Google parent Alphabet Inc. GOOG GOOGL reporting after the closing bell Tuesday.

With about a third of S&P 500 index companies reporting so far, about 80% have beaten forecasts, according to FactSet.

But the strong results have not spurred big gains in equities as investors had largely priced in the rapid growth in profits. Rather, companies that showed they were capitalizing on the economic reopening and long-term changes in consumer behavior would benefit the most, said Lauren Goodwin, economist and portfolio strategist at New York Life Investments.

“We’ve reached a challenging part of the cycle, where strong reports are going to head-to-head with even stronger expectations. The message for investors is that a rising tide isn’t likely to raise all ships moving forward,” said Goodwin.

The Federal Reserve on Tuesday started its two-day policy meeting at which Fed Chairman Jerome Powell is expected to maintain his stance that interest rates won’t begin to rise until inflation exceeds the Fed’s 2% target.

Investors don’t expect the central bank to offer more substance on future plans to taper asset purchases, and to underline that the recovery still was in its early stages.

“Wall Street seems fixated on pricing pressures, especially after many corporate updates discuss supply chain problems and with rising expectations to pass on costs to customers,” Edward Moya, Senior Market Analyst, The Americas, at OANDA  wrote in a note Tuesday. “The overwhelming consensus is that pricing pressures will peak during the summer and if the Fed can hold onto that belief, a near zero interest rate environment might need to be priced much longer than what investors are currently thinking. ”

In U.S economic data, the Case-Shiller 20-city home price index jumped 11.9% in February from a year ago, the biggest increase in 15 years.

The Conference Board said its index of consumer confidence climbed to a 14-month high of 121.7 in April from a revised 109 in March.

What are other markets doing?