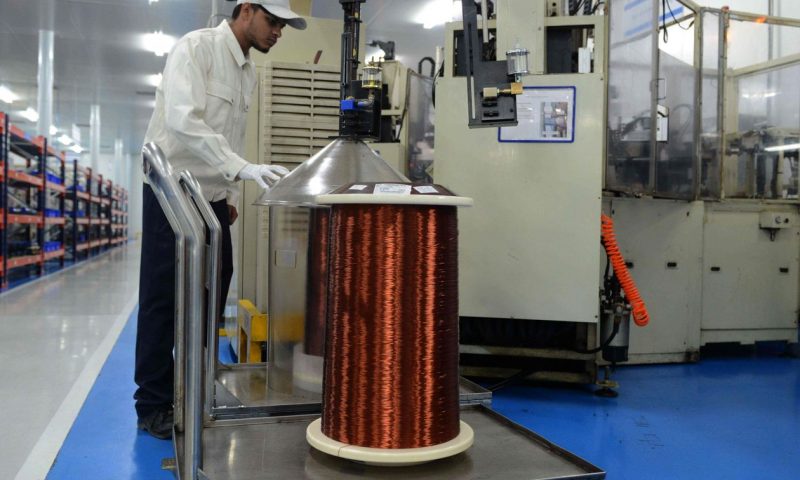 Copper futures scored a third-straight weekly gain on Friday to notch their highest finish in more than nine years, with the Biden administration’s plans to improve U.S. infrastructure and growth in renewable energy feeding expectations of higher demand for the industrial metal.

The push for green energy, on the second day of President Joe Biden’s summit on climate Friday, has provided support for copper, which “plays a big roll” in renewable energy given its “conductivity qualities,” said John Caruso, senior asset manager at RJO Futures.

A decline in the U.S. dollar has also lifted prices for copper, said Caruso. The ICE U.S. Dollar Index DXY, -0.16% was trading about 0.7% lower this week, down for a third consecutive week.

There’s been a “shift in demand toward the digital economy and rising demand for technology to support” the work-from-home move during the pandemic, said Haworth.

Meanwhile, “we have not seen an investment in new copper supply over the past few years, which means users have been competing for the relatively scarce supplies of copper, leaving price as the arbiter of who receives this supply,” Haworth said. “Mine development is a long-term activity, leaving us with a tight market for some time.”

The increase in U.S. housing demand and home building has also increased demand for copper, given that it’s a major component in home building, he said.

Copper, however, may be due for a “pause” in coming weeks, “before reloading” to move up to $4.70 to $5 a pound, said RJO Futures’ Caruso. Technically, the market is overbought and as a trader, “I’d be looking to take some off the table here,” and reload at a price of $4.09, he said.

GameStop’s outgoing CEO will walk away with millions