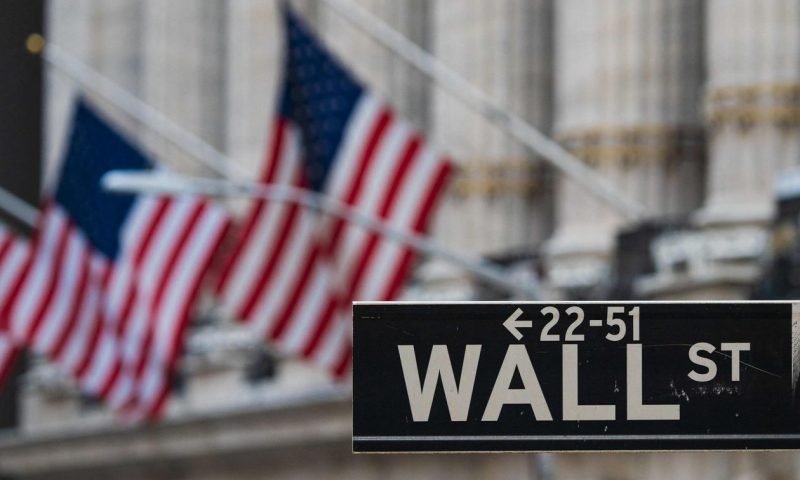 Although equities on Monday took a breather from last week’s record advance, analysts said the tone remained constructive given a lack of any major negative catalysts.

“Overall, it looks like clear skies for equity markets. Policy makers are still holding investors by the hand and vaccination programs have accelerated dramatically,” said Marios Hadjikyriacos, investment analyst at XM, in a note.

Half of all adults in the U.S. have received at least one COVID-19 shot, the Centers for Disease Control and Prevention reported Sunday, as the vaccination campaign hit another milestone.

“The only real risks on the radar are excess inflation that leads the Fed to shift gears abruptly, some new vaccine-resistant variant, or the geopolitical temperature rising further in critical theaters like Ukraine or Taiwan,” Hadjikyriacos said.

Some investors, however, warn that the market’s rise to record altitudes may make a retreat more likely.

“The rising tide is lifting all boats, but the recent rally shows a reversal of the relative year-to-date trends,” wrote Mark Hackett, Nationwide’s chief of investment research, in a Monday research note.

“Sentiment indicators suggest the market may be at risk for a pullback. The AAII Sentiment Survey shows 57% of respondents are bullish, the highest level in over three years. Fund flows reinforce this trend, with greater equity flows in the past five months tan in the prior 12 years combined,” Hackett said.

Stocks received a lift last week as earnings season got under way with solid results from big banks and as investors digested strong economic data.

Axios reported Sunday that resistance among Senate Democrats was likely to limit a rise in the tax rate to 25%, which would raise $600 billion over 15 years and come in well short of offsetting the price tag of the eight-year $2.25 trillion package.

Investors are gearing up for a fresh round of earnings, with 81 constituents of the S&P 500 index, including 10 components of the Dow, set to deliver results.

“The heaviest period for earnings reports is this week and next. Obviously, recent market strength suggests high expectations. How companies perform relative to those expectations will determine the course of stock prices over the near term,” said James Meyer, chief investment officer at Tower Bridge Advisors.

Which companies are in focus

How are other assets faring?