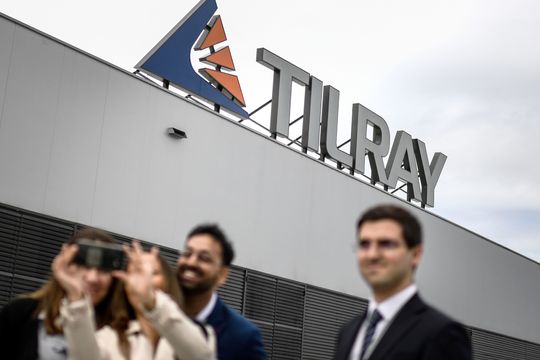 The proposed merger of Canadian cannabis companies Tilray Inc. and Aphria Inc. moved a step closer to approval on Friday, when Tilray revised its bylaws to reduce its shareholder vote quorum.

Cantor Fitzgerald analyst Pablo Zuanic said the change gives him good conviction that the deal will go through and create what’s expected to be the world’s biggest cannabis company, measured by revenue.

Zuanic estimates that insiders grouped under Privateer Holdings and institutional investors own about 25% of Tilray stock.

“So, now with today’s change, the company has to find “only” another roughly 8% of the voters to reach the desired quorum (we think with insiders and institutional they will have enough votes in favor to get to two thirds),” he wrote in a note to clients.

The analyst acknowledged that Tilray has a large day-trader component to its investor base, who may not care about voting. But proxy solicitors and others tools should help Tilray get the needed quorum, he said.

Tilray earlier this week pushed the date of the special shareholder meeting to April 30 from April 16.

“So despite the sector volatility and heavy retail ownership, it seems arbitrage efficiency is working, and the market seems to be saying the deal will happen,” he wrote. Cantor rates Aphria as overweight.

But Stifel analysts led by W. Andrew Carter were sanguine, sticking with a hold rating on the stock while lowering their price target to C$18 from C$22.

“With the upcoming merger with Tilray, we believe the combined company will be well positioned to leverage a leading Canadian market position to capture global cannabis category growth,” they wrote in a note.

Clubhouse closes new funding round, with valuation reportedly near $4 billion