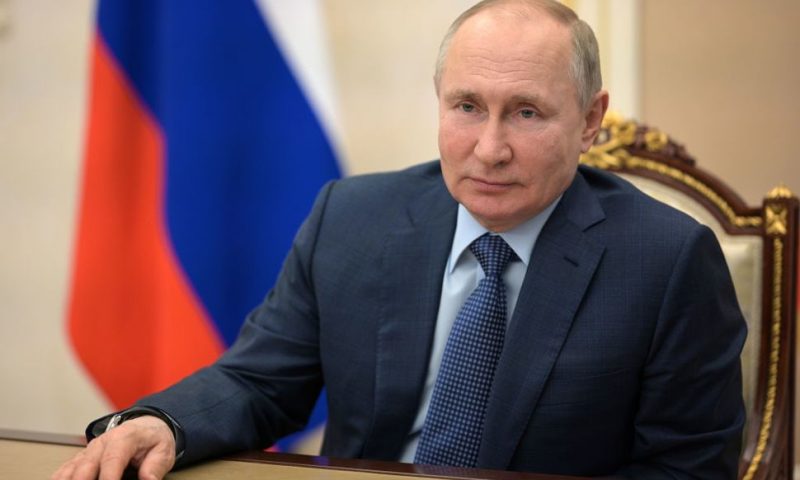 President Biden said he will “act firmly in defense” of the nation’s interest and talked of building a stable relationship with Russia.

President Joe Biden spoke with Russian President Vladimir Putin by phone on Tuesday and proposed a summit meeting “in the coming months” for the two leaders to address a range of issues affecting both the U.S. and Russia.

Biden and Putin have now spoken twice by phone since Biden took office in late January. But the proposed meeting, which Biden suggested should happen in a “third country,” would be the first between them as tensions escalate between the two countries. The Biden administration is currently weighing retaliatory measures as it completes its intelligence review of Russia’s purported involvement in the SolarWinds cyberattack and election interference in the 2020 U.S. election.

“President Biden reaffirmed his goal of building a stable and predictable relationship with Russia consistent with U.S. interests, and proposed a summit meeting in a third country in the coming months to discuss the full range of issues facing the United States and Russia,” according to the White House’s readout of the call.

Tuesday’s conversation appeared to broach similar topics and strike the same tone as the first call between the leaders on Jan. 26, six days after Biden’s inauguration. In the readout, Biden and Putin talked about “building on” the recent five-year extension of the New START treaty and discussions on a range of arms control and security issues.

Biden also reiterated U.S. support for Ukrainian sovereignty, calling on Putin to “de-escalate tensions” related to the increased military presence in Russian-occupied Crimea and around the Ukrainian border. The call with Putin comes less than two weeks after Biden spoke by phone with Ukrainian President Volodymyr Zelenskiy about “unwavering support” amid “Russia’s ongoing aggression in the Donbas and Crimea.”

Since becoming president, Biden has sought to take a more forceful approach with Russia compared to his predecessor, Donald Trump, who was criticized for being reluctant to criticize the Kremlin.

In an ABC News interview in March, Biden said Putin “will pay a price” for Russia’s election meddling, though didn’t specify the exact punitive measures. And he agreed when asked if he thought Putin was a “killer” for the Kremlin’s suspected role in the poisoning of Russian opposition leader Alexei Navalny. Last month, the U.S. and European Union imposed coordinated sanctions on seven senior Russian officials in response to Navalny’s poisoning and detention.

Similar to the first call in January, Tuesday’s readout said Biden again indicated to Putin that the U.S. “will act firmly in defense of its national interests” when it comes to the SolarWinds hack and election interference most recently in the 2020 presidential election.