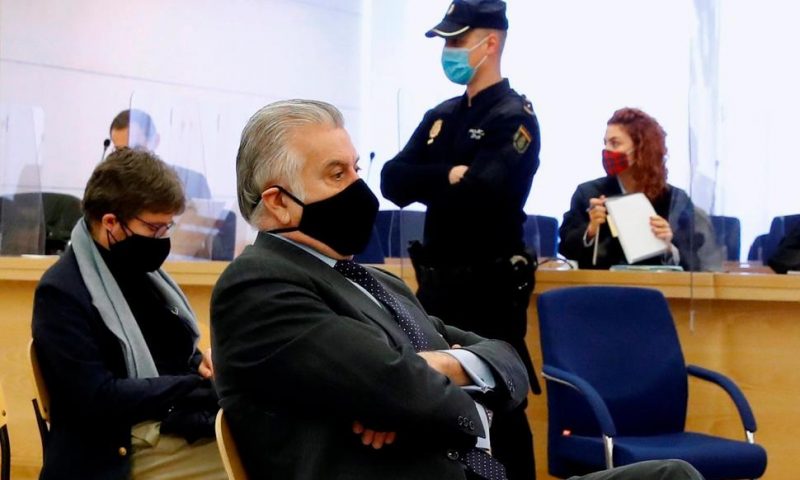 A high-stakes trial is bringing back a spotlight on the illegal kickback scheme that for years has haunted Spain’s Popular Party.

MADRID — A high-stakes trial beginning Monday is bringing back a spotlight on the illegal kickbacks scheme that for years has haunted Spain’s Popular Party, casting a long shadow on the country’s main conservative party despite its pledges of regeneration.

The proceedings at the National Court in Madrid are looking into whether the renovation of the party’s headquarters in the Spanish capital more than a decade ago was paid for with an alleged slush fund largely built on bribes.

The case is the latest in a legal saga that began when allegations of the party’s decades-long shadowy accounting first emerged in 2013.

The Popular Party, or PP, which has been a dominating presence during Spain’s past four decades of democracy, has already paid a high political price for corruption scandals by its members or elected officials.

In mid-2018, former party chief Mariano Rajoy was ousted as prime minister in a no-confidence vote after a court ruled that the party had benefitted from a scandalous kickback scheme.

Luis Bárcenas, the party’s long-time treasurer, is currently serving a 29-year prison term for that case. On Monday, together with four other defendants, he takes the stand again in the new trial.

The former accountant faces up to five more years behind bars if judges this time establish that the renovation of the party’s central office was partially paid for from the slush fund that Bárcenas controlled and whether the party evaded taxes on the illegal donations that private companies and individuals made, some in return for public contracts.

Bárcenas has admitted to the crimes and threatened to reveal more details that could be damaging for former party members because he claims that they failed to deliver on a promise to spare his wife from prison in exchange for the former treasurer’s silence. His wife, Rosalía Iglesias, is serving a 13-year prison term for tax evasion and other crimes.

In a confession sent to anti-corruption prosecutors in January and seen by The Associated Press, Bárcenas claims that bribes from the illegal funding scheme went all the way up the party’s leadership, that Rajoy was aware and that the former party leader decided to ignore it.

Rajoy, who since leaving politics returned to his previous civil servant job as a propriety registrar, has not publicly responded to the latest allegations. But he and his party predecessor, former Prime Minister José María Aznar, are key witnesses who will be called to testify in the coming weeks.

The trial begins only days ahead of Sunday’s regional election in northeastern Catalonia. It’s uncomfortable timing for the party now headed by Pablo Casado, part of a younger generation that has been working to get the conservative party back on its feet and fending off growing competition from Vox, a populist far-right party.

“Bárcenas has been condemned and I don’t talk to criminals,” Casado has said, defending his firm stance against corruption.

“If the judge determines that there is some responsibility on the part of any current member of the party, I won’t hesitate (to act),” he told Onda Cero radio on Monday.