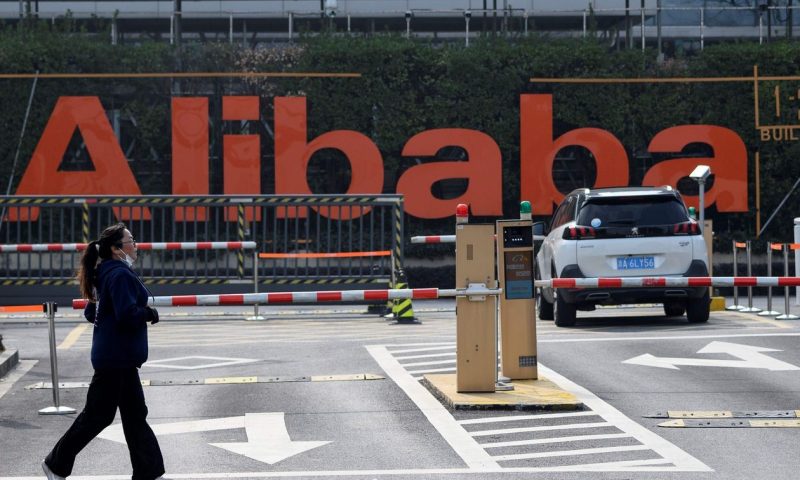 The Chinese e-commerce giant made some progress on the earnings front, including by reporting its first-ever quarter of profitability for its cloud-computing business on the basis of adjusted earnings before interest, taxes, and amortization (Ebita), though the company also spoke of plans to continue investing in growth areas across the business.

“Our approach will be to continue to invest, to scale up our investment,” Chief Financial Officer Maggie Wu said on Alibaba’s BABA, -3.85% earnings call, according to a FactSet transcript. “We will never prioritize margin. That will never be number one for us and it never has been in the past.”

Alibaba’s U.S.-listed shares are off 3% in Tuesday morning trading.

Overall, Alibaba reported December-quarter net income of RMB79.43 billion ($12.17 billion), or RMB28.85 a share, up from RMB52.31 billion, or RMB19.55 a share, in the year-earlier period. On an adjusted basis, Alibaba earned RMB22.03 a share, compared with RMB18.19 a year prior. Analysts surveyed by FactSet were expecting RMB20.71 in adjusted earnings per share.

The cloud computing business generated adjusted Ebita of RMB24 million, versus a loss of RMB356 million a year prior. The cloud segment grew revenue by 50% relative to a year earlier, which Chief Executive Daniel Zhong said reflects “the massive potential of China’s cloud computing market.”

Alibaba faces “fierce competition” in China’s cloud environment, Zhong said on the company’s earnings call, though the company claims several advantages over peers including its scale and data capabilities.

Alibaba’s total revenue for the fiscal third quarter came in at RMB221.08 billion, up from RMB161.46 billion a year prior and above the FactSet consensus which called for RMB214.293 billion.

Revenue for Alibaba’s core commerce segment, which includes its Tmall and Taobao marketplaces, rose to RMB195.54 billion from RMB141.48 billion, while analysts had been looking for RMB187.74 billion. The segment benefited from Alibaba’s 11.11 shopping festival, its biggest event of the year, which saw gross merchandise volume climb 26% compared with last year’s event.

U.S. oil prices post highest finish in over a year