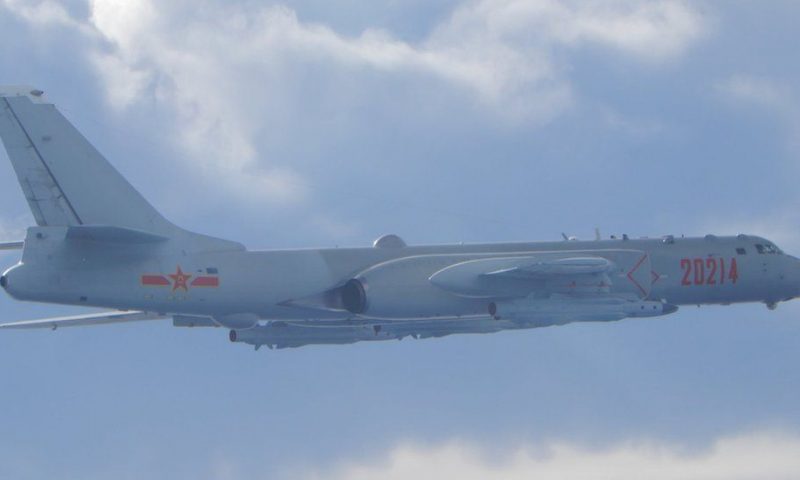 Taiwan has reported a large incursion by Chinese warplanes for the second day running, a show of force that coincides with the first days of US President Joe Biden’s term of office.

Sunday’s operation involved 15 aircraft and followed a similar drill that led to a warning from Washington.

China sees democratic Taiwan as a breakaway province, but Taiwan sees itself as a sovereign state.

Analysts say China is testing the level of support of Mr Biden for Taiwan.

In the US’s first public remarks on Taiwan since Mr Biden came into power, the US State Department reaffirmed its “rock-solid commitment” to helping it defend itself.

China has carried out regular flights over the international waters between the southern part of Taiwan and the Taiwanese-controlled Pratas Islands in the South China Sea in recent months.

But they are usually conducted by one to three reconnaissance or anti-submarine warfare aircraft, according to Taiwan.

Why is it significant?

The drills come days after the inauguration of President Biden, who is expected to maintain pressure on China over a wide range of issues including human rights, trade disputes, Hong Kong and Taiwan, which has been a major thorn in the deteriorating relationship between the two powers.

The Trump administration established closer ties with Taipei, ramping up arms sales and sending senior officials to the territory despite fierce warnings from China. Days before he left office, Secretary of State Mike Pompeo lifted long-standing restrictions on contacts between American and Taiwanese officials.

On Monday, China’s foreign ministry spokesman Zhao Lijian said US military activities in the region were not good for peace.

“The United States frequently sends aircraft and vessels into the South China Sea to flex its muscles,” he told reporters. “This is not conducive to peace and stability in the region.”

He condemned a US aircraft carrier group sailing into the South China Sea on Saturday as “a show of force”. The US says it is a “freedom of navigation” exercise.

The substance of the new US administration’s policies on China and Taiwan remains to be seen but, in response to Saturday’s operation, state department spokesman Ned Price said the US would continue to deepen its ties with the island.

“The United States notes with concern the pattern of ongoing PRC attempts to intimidate its neighbours, including Taiwan,” he said in a statement, in reference to the People’s Republic of China.

“We urge Beijing to cease its military, diplomatic, and economic pressure against Taiwan and instead engage in meaningful dialogue with Taiwan’s democratically elected representatives.”

Last week, the island’s de-facto ambassador to the US, Hsiao Bi-khim, was invited to attend Mr Biden’s inauguration, in what was seen as another sign of the new administration’s support for Taiwan.

Lo Chih-cheng, a senior lawmaker for Taiwan’s ruling Democratic Progressive Party, said China’s moves were an attempt to deter the new US government from backing the island. “It’s sending a message to the Biden administration,” he told the Reuters news agency.