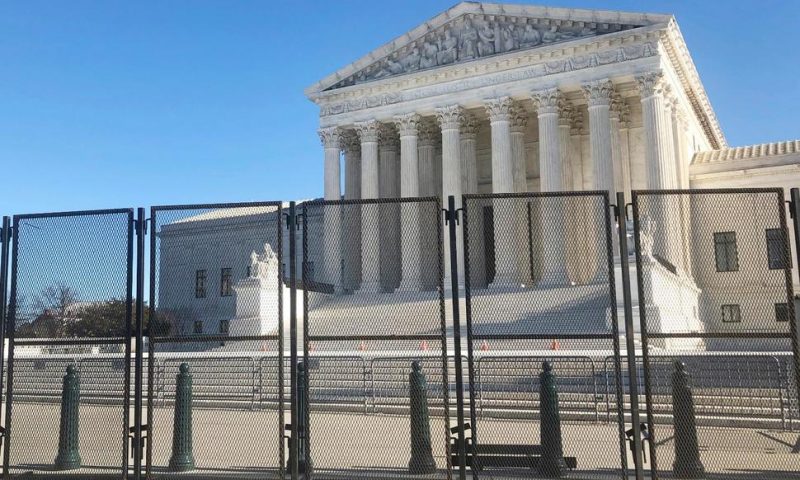 The Supreme Court seems cautious about giving oil and gas companies a win in a case involving global warming.

WASHINGTON — The Supreme Court on Tuesday seemed cautious about siding with oil and gas companies in a case involving global warming.

The case the court was hearing is not about whether the companies can be held responsible for harms resulting from global warming. Instead, it’s an important preliminary fight that could help determine whether similar global warming cases ultimately wind up being argued in state court or federal court, which is the companies’ preference.

“I think this is a close call, this case,” Justice Brett Kavanaugh said during a little over an hour of arguments, which the justices have been hearing by phone because of the coronavirus pandemic.

The case is important to more than a dozen similar global warming lawsuits filed around the country by state and local governments against energy companies. But it’s also important to a range of other civil cases, the companies have argued, citing cases involving the aviation industry and health care as well as the water crisis in Flint, Michigan. A win for the oil and gas companies would make it easier for defendants to challenge an order sending a case from federal court back to state court.

The case didn’t seem necessarily destined to split the court along liberal and conservative lines. Justices Stephen Breyer and Sonia Sotomayor, both liberals, expressed concern that ruling for the oil and gas companies could allow unnecessary delay in cases.

But conservative Justice Clarence Thomas also at one point said he couldn’t “avoid the odd sense” that the oil and gas companies’ argument would allow the “smuggling in” of peripheral issues to appeals courts.

The specific case the court was hearing comes from Maryland. In 2018, the mayor and City Council of Baltimore sued more than a dozen oil and gas companies in Maryland state courts. They alleged the use of oil and gas produced by the companies — including Shell, BP, Exxon and Chevron — led to greenhouse gas emissions, which contributed to global climate change and caused harm to the city.

The oil companies attempted to have the case transferred to federal court, but a federal district court sent the case back to state court. The oil and gas companies appealed, but the appeals court said it had only limited ability to review the lower court’s decision. The question for the Supreme Court is whether that’s correct.

Justice Samuel Alito did not participate in the case, presumably because he owns stock in oil and gas companies. Justice Amy Coney Barrett, whose father worked for Shell for many years and who has said she recused herself from cases involving the company “in an abundance of caution” while a judge on the U.S. Court of Appeals for the Seventh Circuit, did participate in the case. Individual justices make their own recusal decisions.