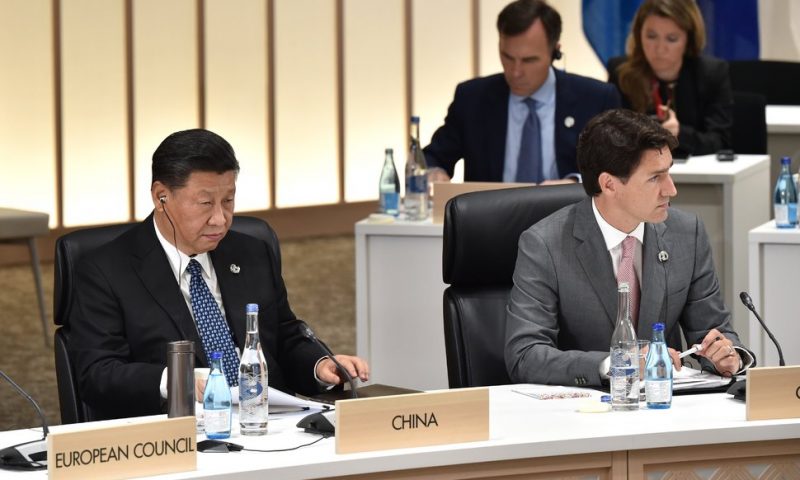 Once the fates of detainees in both countries are resolved, Ottawa will need a more pragmatic policy toward Beijing, two ex-diplomats say.

CANADIANS MICHAEL Spavor and Michael Kovrig have been detained in China for two years. They’re accused of spying, but their detention is widely regarded as retribution for Canada’s arrest of Huawei executive Meng Wanzhou in December 2018. She is fighting extradition to the United States, where she faces charges of wire and bank fraud.

The issue has become a hot-button topic in Canada in recent weeks because of reports that U.S. authorities have been talking to Meng’s legal team about a possible plea deal. To discuss the current situation, U.S. News & World Report reconnected with two former Canadian ambassadors to China: David Mulroney (2009 to 2012) and Guy Saint-Jacques (2012 to 2016).

The interviews have been edited for length and clarity.

Earlier this month, The Wall Street Journal reported that the U.S. Department of Justice is in negotiations with Meng’s legal team over a possible deal that could see her return to China in exchange for admitting wrongdoing. What are your thoughts about that?

Mulroney: I think the talks are a good thing. It would be great if the two sides came to an understanding that allowed the two Michaels to come home. There is some history to similar conflicts being resolved through a deal. (Chinese officials detained Canadians Kevin and Julia Garratt in 2014 just weeks after Canadian authorities arrested a Chinese businessman, Su Bin, on a U.S. extradition warrant. The couple was released two years later, the same year Su waived extradition and headed to the U.S., where he pleaded guilty to hacking U.S. defense contractors and stealing sensitive military data for China.)

Saint-Jacques: The two Michaels were officially charged with spying in June. Normally, a trial would have started by now. The fact that it hasn’t could be a good sign. You have to wonder, how solid is the U.S. case against Meng? I would say there is a 30% to 40% chance the judge will agree with her contention that her rights were violated when she was arrested.

What will it take to reset relations between Canada and China?

Mulroney: Relations between the two countries can’t be reset until the two Michaels are set free. Once that happens, relations should be reset in a different way. China is capable of acting aggressively against Canada. China is not our friend and we should stop treating it as though it is. We should form a relationship with China based on mutual needs. We should treat China with respect but always protect our own interests and push back when necessary. We also need to find allies who will help us retain our sovereignty in a world where China is trying to encroach on it.

Saint-Jacques: Obviously, the Michaels have to be allowed to return to Canada first. Once that happens, Canadian policymakers will have to revisit relations with China. It is no longer possible to return to the way it was before the men were detained two years ago. We have seen China acting aggressively on the international stage and even domestically.

Yes, China is an important country that we must work with on global issues such as trade and climate change. But we have to step back. We should refuse to collaborate with the Chinese on certain issues unless they play by the rules. Our trust in China is gone so I think the tone of our relations will be different when they are reset.

I think we’ll see a lot more collaboration with other countries to ensure there is a unified international response when the citizen of one country is the victim of China’s coercive diplomacy.

How does the U.S. fit into this equation?

Mulroney: The Chinese government didn’t like the Trump administration’s policy of resisting Chinese assertiveness and aggression. He began to channel the good ideas of people who were growing increasingly wary of China. I’m concerned the Biden administration won’t stand up to China in the same way. The Obama administration didn’t and, during that time, China grew in power and authority.

China has been asserting itself in the South China Sea, most of which it claims as its own. It has shown contempt for the rights of Tibetans and Uighurs and it has eroded Hong Kong’s independence. Some people think, “If we engage Chinese authorities, they will change.” But they won’t. If Biden doesn’t recognize that, it will play to China’s advantage and that would be bad news for all of us.

Saint-Jacques: The U.S. is the only country that can stand up to China on its own. I think there is growing recognition in the U.S., as there is in many countries, that there must be resistance to China’s actions. For example, China’s interference in Canada, the U.S. and other countries should not be tolerated.

Many Canadians are hoping that Joe Biden’s team will help get the two Michaels released. Why would they do that?

That being said, the release of the two Michaels wouldn’t be a prime motivator for them in dealing with the Huawei case. Meng has been accused of a serious crime so the Americans would probably insist on some admission of guilt to let her go. It would be hard to see them letting it slide.

Saint-Jacques: Biden is a caring man. He has been watching these developments and you can be sure that Canadian officials have been in close contact with the people around him.

I think that Biden will be more sympathetic than Donald Trump to the Canadian argument that two of our citizens were arrested because of the U.S. extradition request – that they were collateral damage. Biden might be more inclined to put pressure on the Chinese government to free them. Also, Biden has a very good rapport with Justin Trudeau. The prime minister invited him to Ottawa in 2016 and treated him like a head of state.

I believe Biden will work to restore a positive image of the U.S. in the international community. I’m just not sure how much time he will be able to devote to issues like the two Michaels because he has urgent domestic matters to deal with.