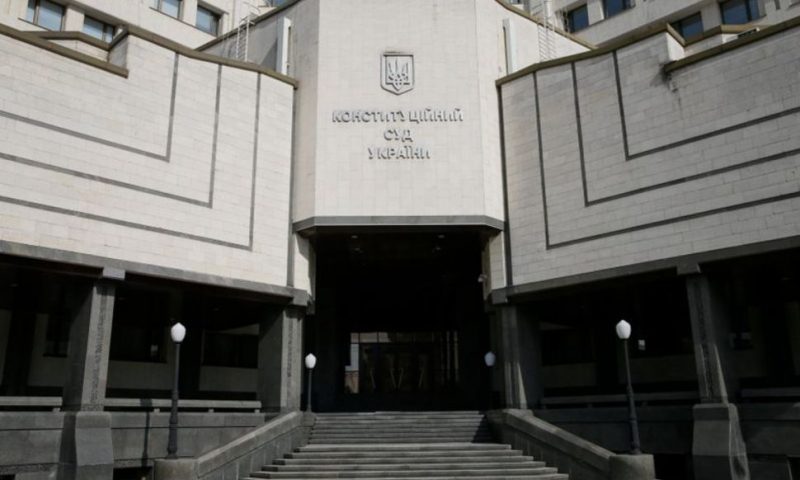 KYIV – Ukrainian prosecutors said on Monday they are investigating the head of the Constitutional Court, Oleksandr Tupytskyi, in connection with the suspected bribery of a witness, and called for Tupytskyi to be suspended for two months.

“He influenced the witness in criminal proceedings by bribing him to refuse to testify or to give knowingly false testimony,” the press service of Prosecutor General Iryna Venediktova said in a statement on Monday.

The suspected incident took place in 2018, when Tupytskyi served as deputy chairman of the court, the press service said.

Tupytskyi did not appear at the prosecutor’s office on Monday despite a request to do so. His office was quoted by Interfax Ukraine news agency as saying he had no intention of avoiding judicial proceedings, but that it was against Ukrainian law to dismiss a Constitutional Court judge. Reuters was not able to reach him for comment.

President Volodymyr Zelenskiy and the Constitutional Court have been at loggerheads after the court in October struck down key anti-corruption legislation, hobbling the government’s prospects of securing foreign aid loans.

The office of Venediktova, an ally of Zelenskiy, declined further comment.

Zelenskiy in October had asked parliament to dissolve the court, prompting Tupytskyi to accuse Zelenskiy of a “constitutional coup”.

The government, which is grappling with a sharp economic downturn due to the coronavirus pandemic, is trying to get its $5 billion loan deal with the International Monetary Fund on track and hopes to receive more money in February or March.

It passed legislation this month to counteract the court’s October ruling.

Gibraltar’s Border With Spain Still in Doubt After Brexit