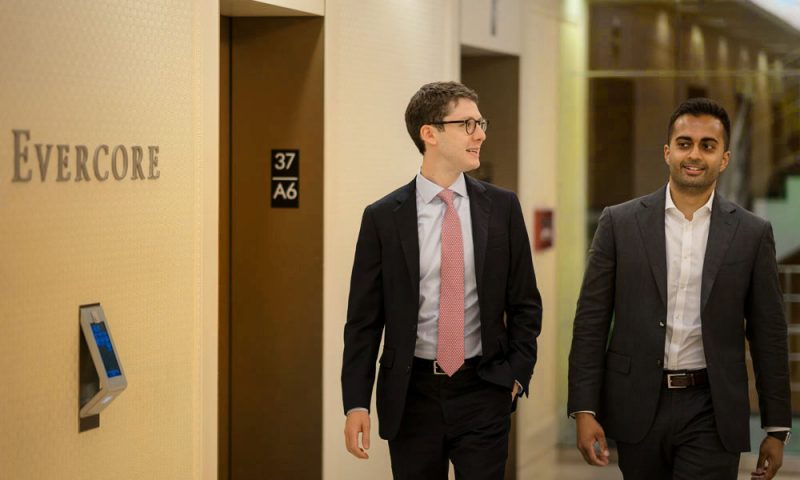 Evercore Inc. Class A is a Evercore is an independent investment bank that derives the majority of its revenue from financial advisory, including merger, acquisition, and restructuring advisory.

Evercore is an independent investment bank that derives the majority of its revenue from financial advisory, including merger, acquisition, and restructuring advisory. It also has institutional equities and investment management businesses that account for 15% to 20% of net revenue. The company was founded in 1996 and went public in 2006. Evercore had around 1,900 employees at the end of 2019, and approximately 75% of the company’s revenue is derived from the United States.

Evercore Inc. Class A is based out of New York, NY and has some 1,900 employees. Its CEO is John S. Weinberg / Ralph L. Schlosstein.