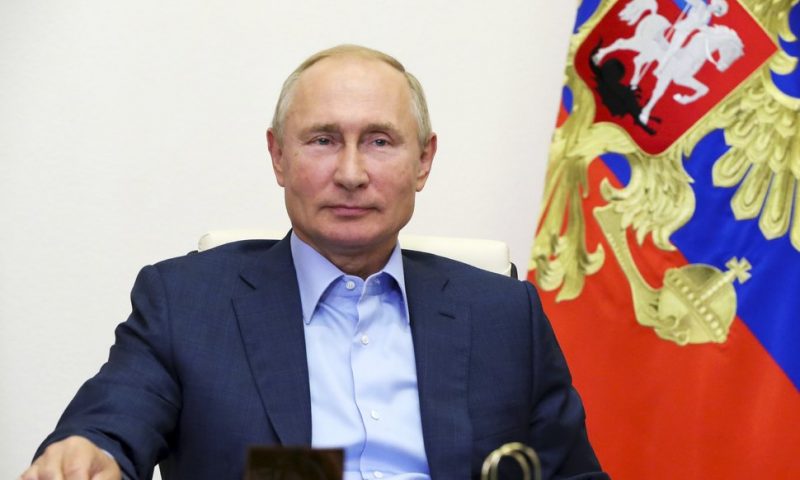 A telegram acknowledging Biden’s win followed affirmation from the Electoral College and as the U.S. reels from a sophisticated cyberattack reportedly orchestrated by Moscow.

RUSSIAN PRESIDENT Vladimir Putin congratulated President-elect Joe Biden’s victory more than a month after the recent presidential election, striking a conciliatory tone in a telegram on Tuesday despite rising tensions between the two powers.

“Putin wished the president-elect every success and expressed confidence that Russia and the United States, which bear special responsibility for global security and stability, can, despite their differences, really contribute to solving many problems and challenges that the world is currently facing,” the Kremlin announced in a statement Tuesday morning, hours after the Electoral College voted to affirm Biden’s victory over President Donald Trump late Monday 306-232.

Russia was among the final countries to recognize Biden’s victory and issue congratulations, previously citing the ongoing legal and political actions Trump and his supporters have employed in recent weeks to challenge the results of the election. The Kremlin did not mention Trump in its statement.

Cooperation between the two countries is based on “the principles of equality and mutual respect would meet the interests of the peoples of both countries and the entire international community,” according to a translation of the statement. Putin added, “For my part, I am ready for interaction and contacts with you.”

The pledge for cooperation comes amid reports and assertions from U.S. officials that Russian operatives mounted a sophisticated hacking campaign against a growing number of U.S. government agencies and departments, including the departments of Commerce, Homeland Security, State and Treasury, along with the National Institutes of Health. Russian Foreign Intelligence Services known as SVR is believed to have been behind the attack partially centered on SolarWinds, which makes network-management software widely used throughout the federal government, including the Defense Department and the White House. Moscow denies any involvement in the attack.

That the hackers were able to infiltrate the deepest elements of the government tasked with protecting against such attacks has raised widespread concern about the effectiveness of U.S. federal efforts to protect its networks.

The State Department on Tuesday indirectly targeted Russia through new sanctions imposed against NATO ally Turkey for having agreed to purchase Russian S-400 missile systems, despite repeated warnings from the U.S. against the sale.

“That’s billions of dollars that Putin’s war machine will not get and through which the Kremlin’s malign influence will not spread,” Assistant Secretary for International Security and Nonproliferation Christopher Ford told reporters Monday in a virtual press conference. “And that’s also a slew of strategic relationships between the Kremlin and overseas partners that will not broaden and deepen.”

Trump has faced criticism throughout his administration for overly cozy ties to Putin, including rarely criticizing the Russian leader in public. His administration has in recent weeks shifted from a foreign policy aimed at countering Russia and China as America’s chief adversaries to instead focus primarily on perceived threats from Beijing.