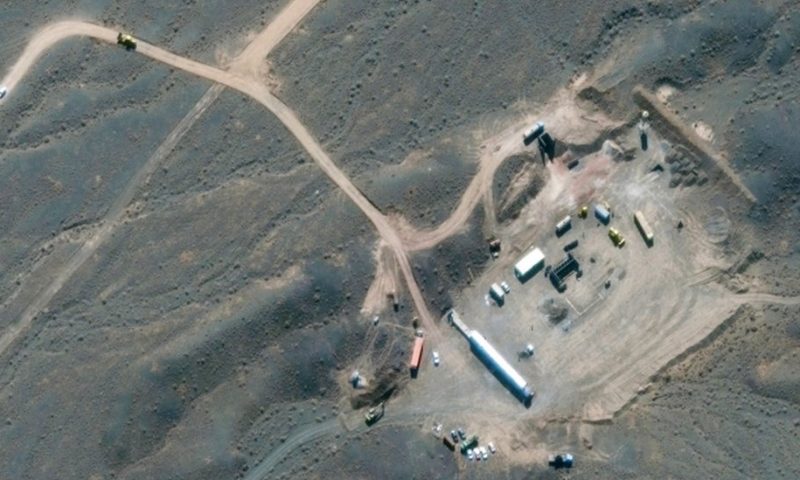 Iran will not accept preconditions from a new Biden administration over its nuclear programme and the US must return to a 2015 deal before talks can take place, its foreign minister says.

Javad Zarif said the US had its own “commitments” that must be implemented.

Both sides appear to want the other to readopt the agreement’s terms first.

In May 2018, US President Donald Trump pulled out of the deal negotiated under his predecessor, Barack Obama.

He then reimposed strict economic sanctions against Iran, targeting the country’s oil and financial sectors.

Tehran has since exceeded limits to its nuclear activities set under the deal, raising suspicions that it could be using the programme as a cover to develop a nuclear bomb.

Its government insists, however, that its nuclear ambitions are entirely peaceful.

The deal was designed to constrain the programme in a verifiable way in return for sanctions relief.

What is Iran’s position now on the nuclear deal?

Addressing a virtual conference hosted by Italy on Thursday, Mr Zarif said the US had been “in grave breach” of a UN resolution endorsing the nuclear deal when it abandoned it, describing the Trump administration as “a rogue regime”.

Mr Zarif went on to say that the US was “not in a position to set conditions”.

Mr Biden, who is due to be sworn in as the 46th US president on 20 January, said he would prioritise returning the US to the agreement and look at lifting sanctions, but that it would require Iran to first comply with its terms.

He told the New York Times this week it was “going to be hard” but “the last goddamn thing we need in that part of the world is a build-up of nuclear capability”.

On Wednesday, Iran’s parliament passed a bill that would prevent UN inspections of its nuclear sites and require the government to resume enriching uranium to 20% – well above the 3.67% agreed under the deal – if sanctions were not eased within two months.

Uranium enriched to a much higher level can be used in a nuclear bomb, though once 20% has been achieved it is technologically easier to reach that required level of purity.

President Hassan Rouhani said he opposed implementation of the law while the Supreme Leader, Ayatollah Ali Khamenei, who is the highest authority in the country, has still to make clear his position on the bill.

The moves come after the targeted killing of Iran’s top nuclear scientist, Mohsen Fakhrizadeh, who played a crucial role in the country’s nuclear programme.

He was killed in a mysterious attack on a road outside the capital Tehran last Friday. Iran believes Israel and an exiled opposition group used a remote-control weapon to carry out the shooting.

Israel has not publicly commented on the allegations of its involvement.

When Mr Trump abandoned the nuclear agreement, he said he wanted to force Iran to negotiate a new deal that would place indefinite curbs on its nuclear programme and also halt its development of ballistic missiles.

Iran refused and in July 2019 it breached the 3.67% cap on uranium enrichment. The enrichment level has remained steady at up to 4.5% since then.

Tehran declared in January it would no longer abide by any of the restrictions imposed by the deal.

Last month, the International Atomic Energy Agency (IAEA) said Iran had more than 12 times the amount of enriched uranium permitted under the agreement.

Norway excavates a Viking longship fit for a king