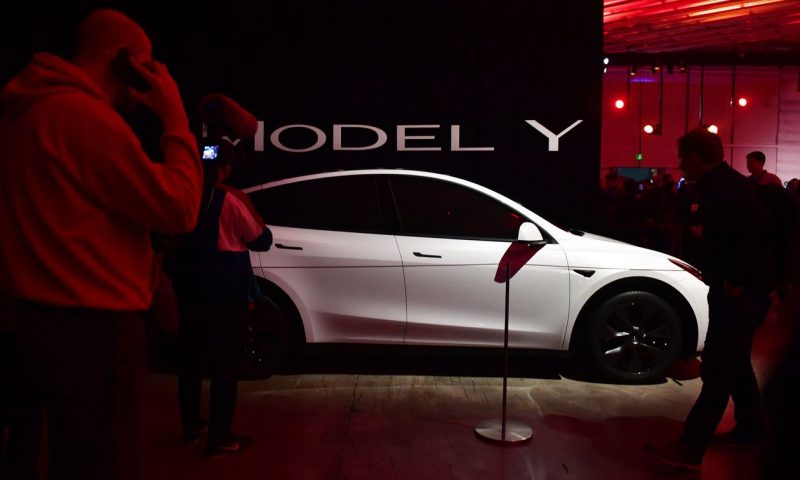 Ives raised his base-case stock price target to $560 from $500, while reiterating the neutral rating he’s had on Tesla since April 2019.

“With the sustained path to profitability and S&P 500 index inclusion achieved, the Tesla bull story is now all about a stepped up EV demand trajectory into 2021,” Ives wrote in a note to clients.

And he said he is now seeing “a major inflection of EV demand globally, with expectations that EV vehicles ramp from the current 3% of total auto sales to 10% by 2025.

“We believe this demand dynamic will disproportionately benefit the clear EV category leader Tesla over the next few years especially in the key China region which we believe could represent ~40% of its EV deliveries by 2022, given the current brisk pace of sales with 150K+ deliveries in its first year out of the gates with Giga 3,” Ives wrote.

He said that while the lower-priced Model 3 remains Tesla’s core driver, the new designs around the Cybertruck and Model Y crossover SUV should help the company achieve its million-delivery target by 2023, with 2022 not out of the question.