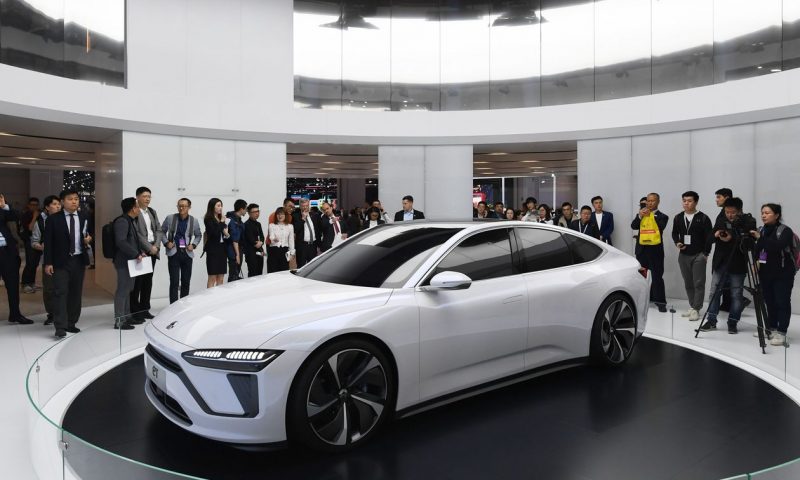 Nio’s NIO, +2.21% ADRs were most recently down 3%. For the year, the ADRs have gained more than 1,000%, which could help explain their lackluster performance after the narrower-than-expected quarterly loss.

Excluding non-recurring items, such as stock-based compensation expenses, Nio’s adjusted net loss came in at $147 million, or 12 cents per ADR, the company said.

Analysts polled by FactSet expected a net loss of 20 cents per ADR for the quarter.

Revenue rose 146% to RMB4.526 billion, or $666.6 million, the company said. The FactSet consensus called for revenue of $664 million. Sales guidance for the fourth quarter was also above expectations.

“In view of the growing market demand for our competitive products, we are motivated to continuously elevate the production capacity to the next level,” founder and Chief Executive William Bin Li said in a statement. “We expect to deliver 16,500 to 17,000 vehicles in the coming fourth quarter.”

Nio did not directly address the impacts of the coronavirus pandemic on its business.

On the days of the previous eight quarterly reports since Nio went public in September 2018, the stock had dropped six times, by an average loss of 13.1%. The two times the stock gained included a 3.6% rise after first-quarter 2019 results and a 53.7% gain after third-quarter 2019 results.