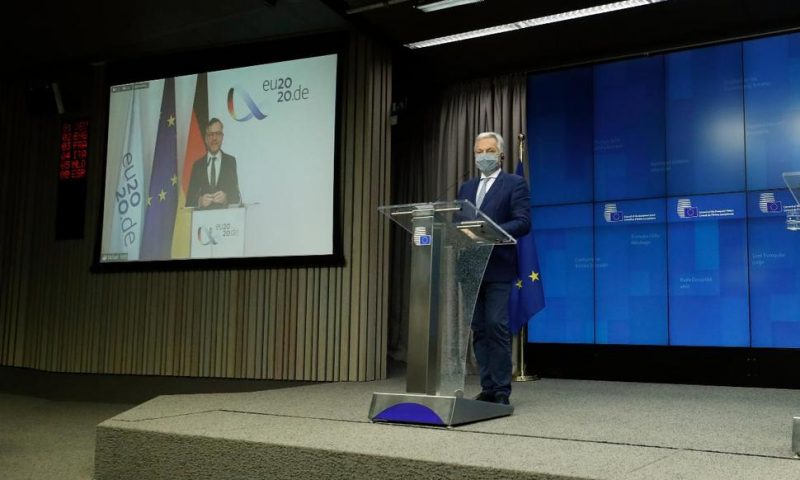 Bulgaria has blocked long-delayed European Union accession talks with North Macedonia because of disputes over language.

BRUSSELS — Bulgaria blocked the start of already long-delayed European Union accession talks with North Macedonia on Tuesday because of disputes over history and language.

Following a meeting of European affairs ministers, German minister Michael Roth said Bulgaria couldn’t agree to the start of negotiations because of two important issues. Unanimity from all 27 member states was required.

“They have to be clarified for the negotiation framework to be adopted,” said Roth, whose country currently holds the rotating presidency of the EU Council. “The use of the short version of the name of the Republic of North Macedonia, and secondly the reference to the Macedonian language.”

North Macedonia applied for EU membership in 2004 and received a positive opinion from the European Commission a year later. After Skopje and Athens settled a nearly three decade-long dispute over Macedonia’s name in a move that saw the small country renamed North Macedonia, the bloc’s leaders agreed to formal accession talks with Albania and North Macedonia in March.

But Bulgaria now insists its neighbor should recognize that its language and nation have Bulgarian roots.

Roth said he still hopes that the countries will be able to find a compromise before the end of the German presidency on Dec. 31. The official launch of the accession talks were set to start in December.

“With goodwill and courage we should manage to get this done, and both countries have shown courage over the last year,” Roth said. “The Western Balkans need a clear signal.”

Western Balkan countries are at different stages of EU membership talks: Serbia and Montenegro have already started negotiating some chapters of the final deal. Kosovo and Bosnia-Herzegovina have signed the Stabilization and Association Agreement, the first step on the path.

Industrial Production up 1.1% in October, but Still Lagging