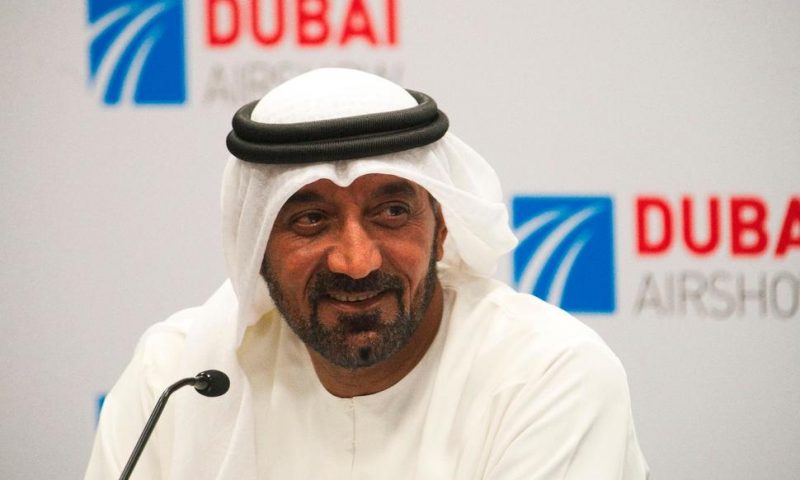 Emirates Group, the owner of the Middle East’s biggest carrier, has reported it lost $3.8 billion in the first half of the year, its first net loss in over three decades after the coronavirus pandemic wiped out air travel.

UBAI, United Arab Emirates — Emirates Group, the owner of the Middle East’s biggest carrier, reported Thursday it lost $3.8 billion in the first half of the year, its first net loss in over three decades after the pandemic wiped out air travel.

The state-owned company said revenue for its Dubai-based airline, Emirates, had dropped 75% to $3.2 billion from the same period a year ago, even with this year’s 52% reduction in operating costs and rise in cargo traffic.

The long-haul carrier parked its planes for two months as virus-induced lockdowns took hold around the world. Even when restrictions were loosened, passenger traffic was still down 95% from pre-pandemic levels.

“We began our current financial year amid a global lockdown when air passenger traffic was at a literal standstill,” said Chairman Sheikh Ahmed Bin Saeed Al Maktoum. “No one can predict the future, but we expect a steep recovery in travel demand once a COVID-19 vaccine is available, and we are readying ourselves to serve that rebound.”

The slackening demand for air travel has forced Emirates Group to lay off tens of thousands of workers, slashing its total workforce by 24% to 81,334 “in line with the company’s expected capacity and business activities in the foreseeable future.” Emirates Air had already announced salary reductions for its staff, with cuts ranging from 25-30%.

Emirates Group’s cash position fell sharply to $5.6 billion from $7 billion six months earlier. Like many other airlines worldwide that have accepted bailout money, Emirates Air acknowledged receiving a $2 billion lifeline from the Dubai government, which Al Makhtoum said would help “sustain the business and see us through this challenging period.”

Although domestic routes may recover in large markets like the U.S. and Europe, the future looks increasingly uncertain as colder weather pushes life indoors and countries worldwide grapple with resurgent waves of the virus. The superjumbo jets used for long-haul flights are still sitting idle, taking a heavy toll on major travel hubs like Dubai that depend on tourism, hospitality and air traffic for survival.

To Help Economy, Bank Proposes Tax on Working From Home