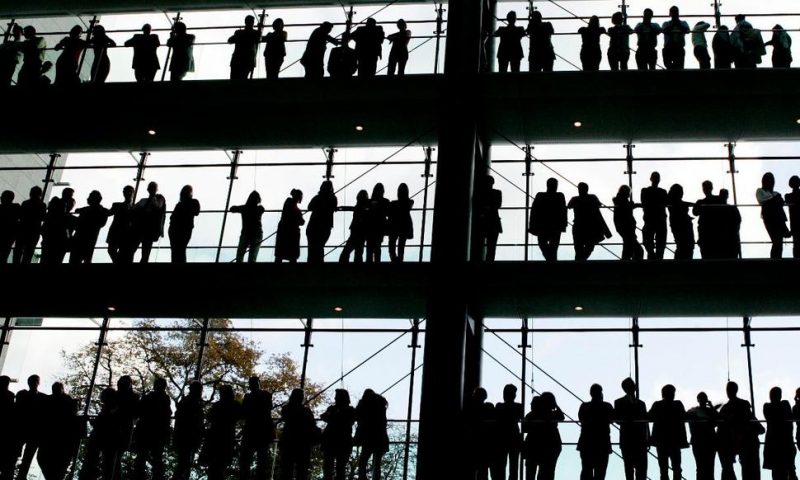 New statistics show unemployment in Germany fell unexpectedly in October, suggesting that Europe’s largest economy was beginning to shake off the negative impact of the coronavirus pandemic just as confirmed cases started to rise rapidly again.

BERLIN — Unemployment in Germany fell unexpectedly in October, according to statistics released Thursday, suggesting that Europe’s largest economy was beginning to shake off the negative impact of the coronavirus pandemic just as confirmed cases started to rise rapidly again.

The jobless rate fell to 6.2% in October from 6.3% in September, when adjusted for seasonal developments, according to figures from the Federal Labor Agency. Economists had predicted the rate would remain unchanged.

Some 2.76 million people were out of work in Germany, 87,000 fewer than the previous month, aided by extensive use of a short-term salary support program. The number of unemployed was the lowest since April, but still 556,000 more than October2019.

In unadjusted terms, the headline figure in Germany, the unemployment rate dropped to 6% from 6.2% the month before.

Rises in unemployment in Germany and elsewhere in Europe during the pandemic have been moderate by international standards because employers are making heavy use of salary support programs, often referred to as furlough programs, that allow them to keep employees on the payroll while they await better times.

In Germany, the Labor Agency pays at least 60% of the salary of employees who are on reduced or zero hours.

The Labor Agency said that in August, the last month for which reliable data is available, the number of people receiving such payments fell sharply to 2.58 million from 3.32 million in July.

The Ifo economic think-tank said this week that, according to its calculations, the number rose back above 3 million in September and October.

Germany’s governing coalition has agreed to allow employees to remain on the furlough program for up to 24 months rather than the standard 12.

Germany started easing coronavirus restrictions in late April, but had been gradually tightening them again. Chancellor Angela Merkel on Wednesday announced a wide range of new regulations that will take effect on Monday, including the closure of bars and restaurants, limits on social contacts and bans on concerts and other public events.

Schools and retail stores, however, are to remain open.

The “latest German labor market data confirms the continued strengthening of the economy, but the new lockdown announcement is likely to bring the improvement to an abrupt halt,” ING economist Carsten Brzeski said.

Germany’s disease control center said local health authorities reported 16,774 new positive tests for COVID-19 in the past day, a new high that pushed the country’s total since the start of the pandemic close to half a million. The Robert Koch Institute also recorded 89 additional virus-related deaths, taking the toll to 10,272.

Merkel told lawmakers Thursday that Germany is in a “dramatic situation” as it goes into winter, which she said would be “four long, difficult months. But it will end.”

The long-time German leader said authorities had no choice but to drastically reduce social contacts as three-quarters of infections can’t be traced anymore.

“If we wait until the ICUs are full, then it will be too late,” she said.