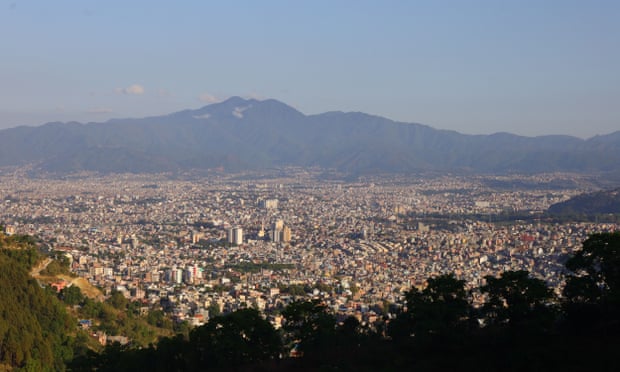 The dramatic improvements in air quality associated with the coronavirus lockdown could increase sunlight and affect weather patterns, scientists say.

With factories closed and roads relatively empty, air pollution in cities across Asia, Europe and the US has dropped by as much as 60% in recent weeks. The lack of haze has made skies bluer and some people in northern India have been able to see the Himalayas for the first time in 30 years.

It also means that with fewer particles and polluting gases to hinder its path, more sunlight is able to reach the Earth’s surface.

Earlier this year, scientists confirmed that cleaner skies in recent decades have caused a brightening of the Earth’s surface. Satellite measurements show that Europe experienced a surface dimming effect until the late 1980s, followed by a brightening effect as air pollution regulations kicked in. China followed a similar pattern, but had to wait until 2005 for brightening to set in.

The cleaner skies resulting from lockdown are likely to have enhanced the brightening effect even further, but measuring the impact on climate is not straightforward.

“Aerosols can scatter and absorb radiation. They can also modify clouds to make them more reflective and longer lived,” explains Laura Wilcox, a climate scientist at the University of Reading.

Unlike carbon dioxide, aerosols only hang around in the atmosphere for a week or two, meaning that any reduction in pollution will be quickly felt. “With smaller amounts of aerosol in the atmosphere we will already be seeing more solar radiation reaching the surface, and thus potentially warmer surface temperatures in regions that usually have high levels of air pollution,” says Wilcox.

But detecting the effect of falling air pollution and disentangling it from the random ups and downs in the weather will be extremely challenging.

“Here in the UK we’ve had record amounts of sunshine because of the blocking high pressure system that has sat over the country through April,” says Richard Allan, another atmospheric scientist at the University of Reading. “These unusual weather conditions are likely to obscure any increase in temperature resulting from the clearer skies.”

However, measurements over a larger area and longer time scale might demonstrate a Covid climate effect. Using computer simulations, Wilcox and her colleagues had previously shown that rapid cuts in air pollution were likely to accelerate climate change in the future.

In the most extreme scenarios (with rapid increases in air quality) their results suggest the hottest day of the year may be up to 4C hotter by 2050, with around one third of that increase due to cleaner skies.

If the drop in air pollution is sustained for long enough then it might be possible to see its impact on climate.

“I will be watching India closely over the coming weeks. We would typically expect to see summer monsoon onset within the next four weeks, and would usually see both very hot temperatures and high aerosol levels ahead of monsoon onset,” says Wilcox.

Instead, the drop in air pollution over northern India may help to drive a more intense monsoon, and Wilcox and her colleagues are on standby, ready to gather measurements and compare with previous years.

But even if cleaner skies are temporarily accelerating climate change, the long-term dangers associated with global warming are far greater.

“Continuing to emit greenhouse gases into the atmosphere at the current rate will drive far larger and more sustained temperature rises that along with changes in the global water cycle will cause serious impacts for our societies and the ecosystems upon which we depend,” says Allan.

EU Unveils Plans to Save Vacations and Avoid a Lost Summer