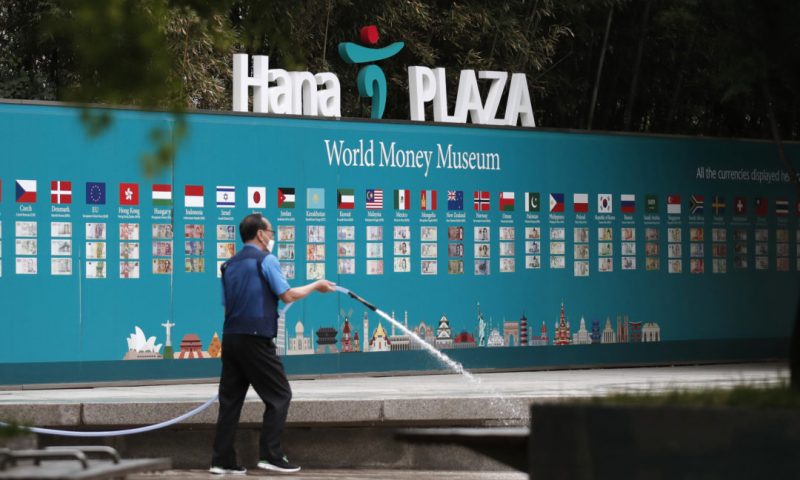 Wall Street fell to its biggest loss since the start of the month on worries about the downside of reopening the economy too soon.

Worries about the downside of reopening the economy too soon are weighing on markets, and Wall Street fell Tuesday to its biggest loss since the start of the month.

The S&P 500 dropped 2.1% after spending much of the day drifting between small gains and losses, as investors debate whether the lifting of lockdowns across U.S. states and the world will drive an economic rebound or just more coronavirus infections.

The concerns were summed up in straightforward testimony from the top U.S. infectious diseases expert. Dr. Anthony Fauci told Congress that if the country reopens too soon, it could not only cause “some suffering and death that could be avoided, but could even set you back on the road to try to get economic recovery.”

The S&P 500 fell 60.20 points to 2,870.12, with the losses accelerating sharply in the last hour of trading. Stocks of companies whose profits are most closely tied to the strength of the economy had some of the market’s sharpest drops. Treasury yields also fell in a sign of increased caution.

Governments around the world and in some U.S. states have already begun gradually lifting restrictions on businesses, which were meant to slow the spread of the coronavirus outbreak but have also caused a severe recession. Expectations that growth will resume following the reopenings have helped drive the S&P 500 up 28% since late March.

But South Korea and other countries further ahead in removing restrictions have also seen small but notable increases in infections recently. That’s raising worries about possible second waves of infections.

“What we’re dealing with, both today and the last couple of weeks, is the optimism behind the reopening and asking: Are we going to be reopening too soon?” said Bill Northey, senior investment director at U.S. Bank Wealth Management.

”We’re in an unknowable scenario at this point in time,” he said.

The market will essentially be in wait-and-see mode for the next two to four weeks as investors gauge how the reopenings underway in several states are going, said Sal Bruno, chief investment officer at IndexIQ.

“It all stems from the number of new cases and the number of reported cases,” he said. “If we slow that to a trickle, that’s going to be hugely positive for the market because it will give people more confidence that the unemployment rate will go down quicker.”

After dropping by roughly a third from February into late March on worries about the coming recession, the S&P 500 began recovering after the Federal Reserve and Capitol Hill flooded the economy with trillions of dollars in aid. The latest implementation of that came Tuesday, when the New York Fed began buying funds to support the corporate bond market.

With all that unprecedented support in place, markets are now focusing much more on when the economy can resume growing and less on reports coming in daily that show how badly the economy has been hurt by the pandemic. Inflation in the United States was just 0.3% last month from a year earlier, for example, but the report had limited effect on markets.

Treasurys were some of the first investments to signal the economic devastation coming from the pandemic. The yield on the 10-year Treasury fell to 0.66% from 0.72% late Monday. It tends to fall when investors are downgrading their expectations for the economy and inflation.

Financial stocks and other companies whose profits are very dependent on the strength of the economy had some of the sharpest losses. Smaller stocks also fell more than the rest of the market, as they usually do when worries are on the rise. The Russell 2000 index of small-cap stocks lost 45.70, or 3.5%, to 1,275.54.

Many companies are opting to give no financial forecasts as they release their latest quarterly earnings reports, due to the overwhelming uncertainty over what lies ahead. That was true of Toyota, whose shares fell 2% Tuesday as it reported its net profit dropped nearly 90% in the January-March quarter from a year earlier.

In the United States, Simon Property Group likewise said it’s currently impossible to predict future results amid the pandemic, and it withdrew its financial forecast for 2020. But it also said it plans to have about half of its U.S. shopping malls reopened within the next week, and its stock wavered before falling 1%.

Business to Europe: Get Busy on Stimulus