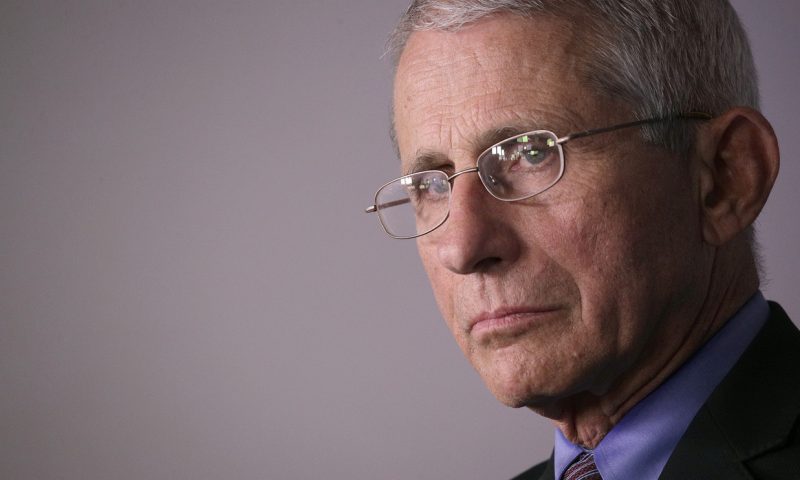 New clusters of COVID-19 cases have emerged in countries that have begun to lift restrictions on business activity imposed to contain the spread of the disease, a development analysts said may be giving investors pause as U.S. states begin loosening lockdowns in a bid to reopen the economy.

In Wuhan, the Chinese city where the coronavirus first emerged late last year, six people tested positive over the weekend, ending a stretch of more than a month that had seen the Hubei province report zero infections, The Wall Street Journal reported.

Dr. Anthony Fauci, the U.S. government’s leading infectious diseases doctor, warned that the country faces “needless suffering and death” if the nation reopens too early during the coronavirus pandemic, as top health officials emphasized in Senate testimony on Tuesday the need to move with caution and expand testing.

“Markets are being driven day-to-day by news of easing economic restrictions and what that looks like,” said Mark Saylor, portfolio manager at Penn Mutual Asset management in an interview. “You’ve had some positive data out of the New York region, but you’re seeing spikes and incidents in areas that maybe are opening too early.”

Worries about geopolitical tensions resulting from the pandemic may have contributed to the stock-market decline in the afternoon, after Bloomberg News reported Republican senators were moving towards a vote to sanction Chinese officials over Beijing’s mistreatment of Uighur minorities in Xinjiang, China. This comes on the heels of reports that the Trump administration was ordering the Federal Retirement Thrift Board to halt its investments in Chinese stocks.

“We expect China to be back in the headlines for many reasons, not the least of which is its politically advantageous for Trump to take a hard line against China,” Katie Nixon, chief investment officer of Northern Trust Wealth Management, told MarketWatch.

The lockdowns of business and travel to combat the coronavirus pandemic may lead to a major U.S. airline “most likely” going bankrupt, Boeing Co. US:BA Chief Executive David Calhoun said during an interview aired on NBC’s “Today” show Tuesday. Calhoun didn’t identify any carrier, and Bloomberg News quoted a Boeing spokesman as saying the CEO wasn’t referring to any airline in particular. Calhoun said airlines won’t be back to even 25% business by the autumn, and “maybe by the end of the year we approach 50 [percent].”

To provide support for business during the coronavirus crisis, the Federal Reserve Bank of New York began buying corporate-bond, exchange-traded funds Tuesday, marking a historic expansion of the central bank’s efforts to support the economy and financial system during the most significant financial crisis in nearly a century sparked by the COVID-19 pandemic.

Even before the Fed began deploying funds, investment-grade U.S. companies were borrowing at a record clip to start the year, with Goldman Sachs analysts now forecasting issuance for 2020 to reach an all-time high of $1.5 trillion.

In U.S. economic data, U.S. consumer prices, excluding food and energy, also fell by 0.4% in April from March, marking the largest monthly decline since 1957 when the government created the measure. Economists were expecting just a 0.2% decline, according to a MarketWatch poll.

Minneapolis Federal Reserve Bank President Neel Kashkari warned in a Tuesday morning talk that the U.S. economy is unlikely to rebound quickly, while urging the U.S. government to take advantage of low interest rates to spend in support of the economy. But Richmond Fed President Thomas Barkin said the economy had bottomed out and was poised for a rebound.

Fed Vice Chairman Randal Quarles on Monday told the Senate Banking Committee that the central bank will use whatever powers necessary to support the U.S. banking system.

Cleveland Fed President Loretta Mester is scheduled to speak at an event in Chicago at 5 p.m. Eastern.

The U.S. dollar lost ground against a basket of six rivals, with the ICE U.S. dollar index US:DXY down 0.3%.