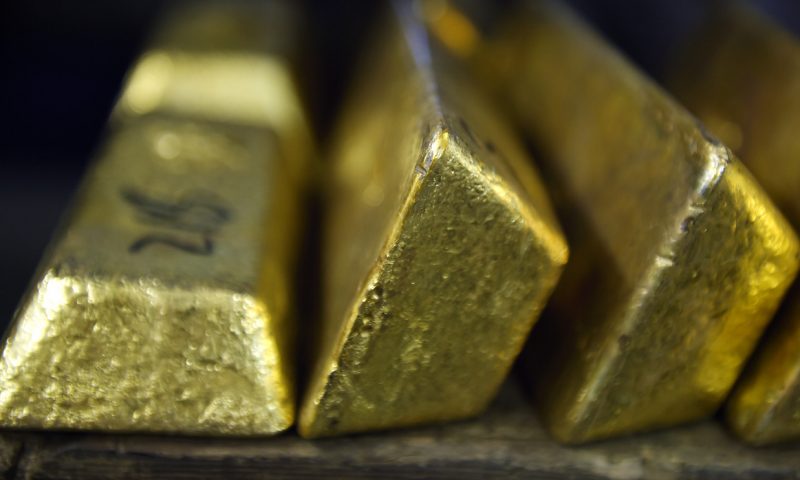 Gold prices fell on Monday, with strength in the dollar pressuring prices for the precious metal, as investors eyed concerns about tensions between the U.S. and China and the latest moves to relax shutdowns related to COVID-19.

“The rise in the U.S. dollar has pushed gold into the red,” said David Madden, market analyst at CMC Markets UK, adding that prices haven’t moved much below the $1,700 mark.

“Some traders are nervous about the prospect of a second wave of Covid-19 as economies begin to re-open, so that has probably prevented gold from falling further,” he said in a market update.

Meanwhile, President Donald Trump’s administration is planning to issue a warning that hackers tied to the Chinese government are attempting to steal data from U.S. researchers developing a coronavirus vaccine, The Wall Street Journal reported on Monday.

The charge comes as Sino-American tensions have flared up lately, with Trump on Friday saying during a Fox News interview that he was unsure if he should cancel a partial trade deal between Washington and Beijing forged in January.

Jeff Wright, executive vice president of GoldMining Inc., said he doesn’t expect prices to fall much below the $1,700 mark as “U.S.-China trade tensions are beginning to arise again” and Democrats are about to propose more than $750 million in additional coronavirus aid.

“Bulls’ next upside price objective is to produce a close in June futures above solid resistance at the April high of $1,788.80,” wrote Jim Wyckoff, senior analyst at Kitco.com, in a Monday research note.

“Technically, the gold bulls have the overall near-term technical advantage amid an uptrend on the daily bar chart,” he said. “Bears’ next near-term downside price objective is pushing futures prices below solid technical support at $1,666.20,” he added.

A measure of the dollar against a half-dozen currency rivals was up 0.5% at 100.21 in Monday dealings, as gauged by the ICE U.S. Dollar Index DXY, -0.05%. A stronger dollar can make commodities priced in the currency, like gold, more expensive for buyers using other monetary units.

Why Prospect of Deflation Could Pose a Threat to US Economy