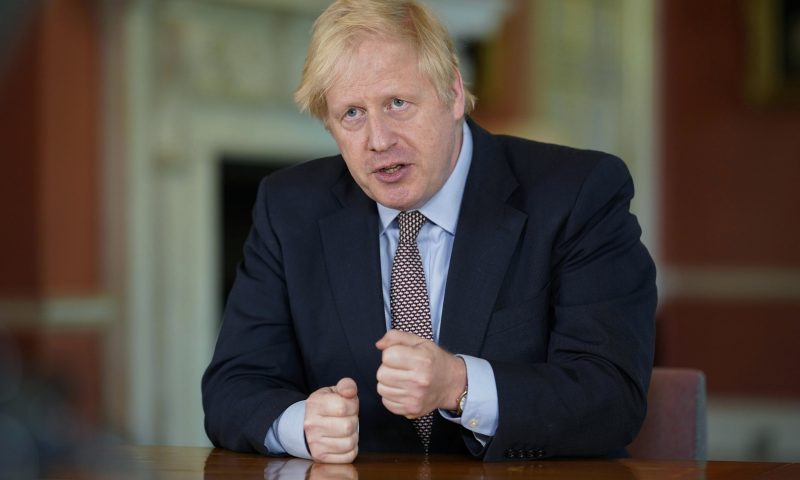 Employees, business owners, police and trade unions in Britain are expressing confusion after the government switched from telling workers to stay at home to urging them to return to work — but preferably without getting near other people or using public transport.

LONDON — Employees, business owners, police and trade unions in Britain expressed confusion Monday after the government switched from telling workers to stay at home to urging them to return to work — but preferably without getting near other people or using public transport.

In a televised statement Sunday, Prime Minister Boris Johnson extended most of the draconian restrictions on daily life imposed March 23 to slow the spread of the coronavirus, including closing schools, restaurants and most shops. He also sketched out how the lockdown will be eased in stages if the number of infections in the U.K. continues to fall.

Britain’s official coronavirus death toll stands at almost 32,000, the highest in Europe and the second-highest in the world after the United States. While the number of new deaths and infections is falling, Johnson said it would be “madness” to loosen restrictions so much that there is a second spike in coronavirus cases.

But he made a dramatic shift in tone on the economy, saying “anyone who can’t work from home, for instance those in construction or manufacturing, should be actively encouraged to go to work.”

He said workplaces should observe social distancing and people should avoid public transport if possible, traveling “by car or even better by walking or bicycle.”

Critics said the advice was confusing, hard to follow and potentially dangerous — especially in a big city like London, where most people do not own cars and where subways are operating at a fraction of their usual capacity.

After Johnson spoke, London Major Sadiq Khan issued a statement stressing that the lockdown had not been lifted and saying Londoners “must not use public transport for any unnecessary journeys.”

“I am nervous about going back, because I have a family and they have been isolating since the start. I feel like I am now putting them at risk,” said Peter Osu, 45, who was returning to work at a construction site for the first time since the lockdown started.

“People were sitting close together on the (subway) and others were having to stand,” he said. “There was no 2 meter spacing. This is the first day. Can you imagine what it’s going to look like by the end of the week?”

Johnson’s Conservative government said more details of the “road map” out of lockdown would come in a 50-page document being published Monday. But already Johnson was at odds with the leaders of Scotland and Wales, who decried his decision to replace the “Stay at Home” slogan that has been used for seven weeks with one urging people to “Stay Alert.”

Scottish First Minister Nicola Sturgeon said she didn’t know what the new advice meant and asked the U.K. government not to promote such a “vague and imprecise” message in Scotland.

In his statement, Johnson also said within weeks the U.K. would impose a 14-day quarantine on people arriving by air, though it is unclear how it will be enforced. Travelers from Ireland and France will be exempt.

The prime minister, who was hospitalized last month with a serious bout of COVID-19, said if the outbreak continues to recede, primary school pupils could start to return to class beginning June 1, and some outdoor cafes and restaurants might reopen in July, along with movie theaters and places of worship.

He offered modest changes that will take effect Wednesday only in England. People may take unlimited amounts of exercise, rather than just one bout a day, and will be allowed to sit and sunbathe outdoors. Driving to a park or beach will be permitted, and golf courses and tennis courts can reopen — though people can only play sports with members of their own household.

But confusion reigned over whether people could now meet up with friends or relatives outdoors as long as they stayed 2 meters (6.5 feet) apart.

“Police officers will continue to do their best, but their work must be based on crystal clear guidance, not loose rules that are left open to interpretation — because that will be grossly unfair on officers, whose job is already challenging,” said John Apter, national chairman of the Police Federation of England and Wales.