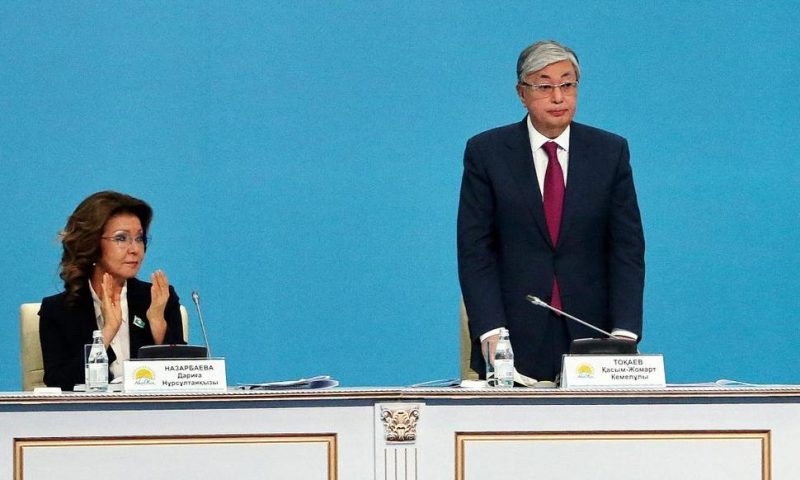 Kazakhstan’s president has put his aide in charge of the country’s senate, moving to tighten his grip on the energy-rich Central Asian nation.

MOSCOW — Kazakhstan’s president on Monday put his aide in charge of the country’s senate, moving to tighten his grip on power in the energy-rich Central Asian nation.

President Kassym-Jomart Tokayev’s move follows his decree stripping the daughter of his predecessor of the speaker’s job over the weekend.

Nazarbayev had led Kazakhstan first as its Communist boss and, after the 1991 Soviet collapse, as its president. His daughter, who held a succession of official jobs, was widely expected to succeed him, but Nazarbayev named Tokayev as acting president and supported his election to the presidency in June.

Until that moment, Nazarbayev was believed to be continuing to call the shots as the head of the nation’s Security Council and the chairman of the ruling party.

The 79-year-old Nazarbayev hasn’t commented on his daughter’s ouster from the nation’s No. 2 job, and it wasn’t immediately clear if Tokayev had consulted him on the move.

On Monday, Tokayev named his first deputy chief of staff, Maulen Ashimbayev, as a member of the senate. Senate members then quickly elected him speaker.

Addressing senate members, Tokayev emphasized the need to ensure “coordinated actions of all branches of government.” He thanked Nazarbayeva for her work as speaker but didn’t say anything about her political future.