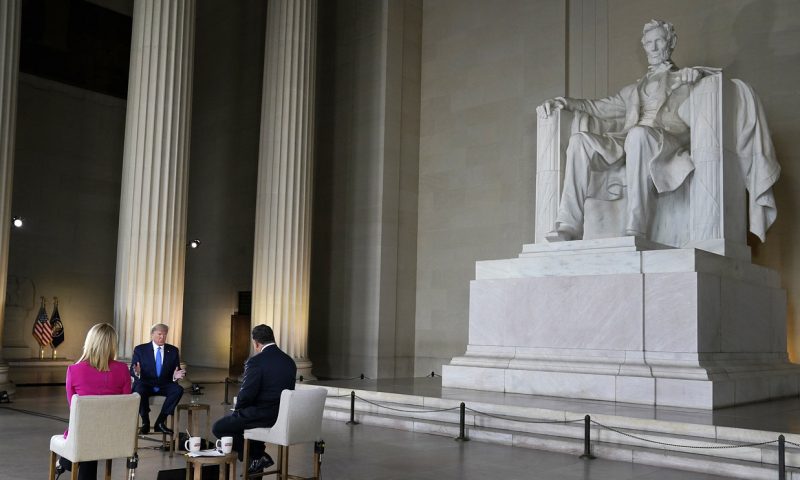 U.S. stocks staged a dramatic comeback late Monday to end higher, as U.S. crude oil settled above $20 a barrel and tensions simmered between China and the U.S. over Beijing’s handling of the coronavirus outbreak.

How did benchmarks perform?

At session lows, the S&P 500 was down 1.2% and the Dow was 1.5% lower at Monday’s nadir, marking their best intraday turnarounds since March 25 and March 19, respectively, according to Dow Jones Market data.

Stocks flipped into positive territory late in the session Monday, after U.S. crude settled above $20 a barrel and the U.S. continued to place blame on China for its handling of the pandemic.

“We think this is more about U.S. politics than about China, but the developments are still important,” wrote Lauren Goodwin, economist and multiasset portfolio strategist at New York Life Investments, in Monday commentary, adding that volatility in stocks and credit spreads, are “demonstrating just how fragile valuations can be amid so much uncertainty about the fundamentals.”

President Donald Trump suggested he could punish Beijing by imposing additional tariffs on China last week. On Sunday, U.S. Secretary of State Mike Pompeo, in an interview on ABC’s “This Week, ”said he has seen “enormous evidence” that the virus originated in a laboratory in Wuhan, China. Trump during a Sunday night Fox appearance said: “I think they made a horrible mistake and they didn’t want to admit it.”

At the same time, last week’s losses on major benchmarks were reversed Monday, suggesting investors were taking the increased geopolitical risk in stride.

Investors also were considering remarks made by Warren Buffett on Saturday, during Berkshire Hathaway’s US:BRK US:BRK annual shareholder meeting, which was held via webcast. The venerated, 89-year-old investor underscored how much uncertainty the virus has created in financial markets, including for airlines.

Buffett said Berkshire dumped its entire stake in airline-sector stocks, while the insurance and investing conglomerate also built up a record cash pile of $137.2 billion during the height of the coronavirus-induced rout in markets.

As for the U.S., an attempt to restart the economies of dozens of states hasn’t come without problems, amid warmer weather that has lured larger gatherings of people out onto the streets in the midst of the worst viral outbreak in more than a century.

“We have this natural experiment in those states that have adopted a more aggressive approach to reopening. We’ll know whether that accelerated reopening will pay off or not,” said Clemons.

Trump, fielding questions from a virtual town-hall meeting Sunday night aired by Fox News, suggested that the need is strong to reopen the country’s businesses, which have been closed due to measures in place to slow down the spread of the deadly disease.

“We have to get it back open safely but as quickly as possible,” he said.

Trump’s comments come as the economy has gone into contraction, with data for the first quarter showing that a 4.8% decline in the annual rate of growth, while more than 30 million people, and counting, have filed for unemployment benefits since the end of February.

Against that backdrop, markets still have rebounded from March lows on hopes of success with experimental treatments for the deadly disease, including Gilead Sciences’ US:GILD remdesivir, and signs of a stabilization of new cases.

Which stocks and companies were in focus?

In precious metals, the price on an ounce of gold for June delivery US:GCM20 climbed for a second session in a row, advancing $12.40, or 0.7%, to settle at $1,713.30 an ounce, as the metal found support in U.S.-China tensions and weak economic reports.

The yield on the 10-year U.S. Treasury note BX:TMUBMUSD10Y edge less than a basis point lower to 0.636%, as markets weighed the U.S. Treasury’s plans to borrow a record $3 trillion in the second quarter.

Gold ends higher for a 2nd session in a row on economic weakness and signs of U.S.-China tensions