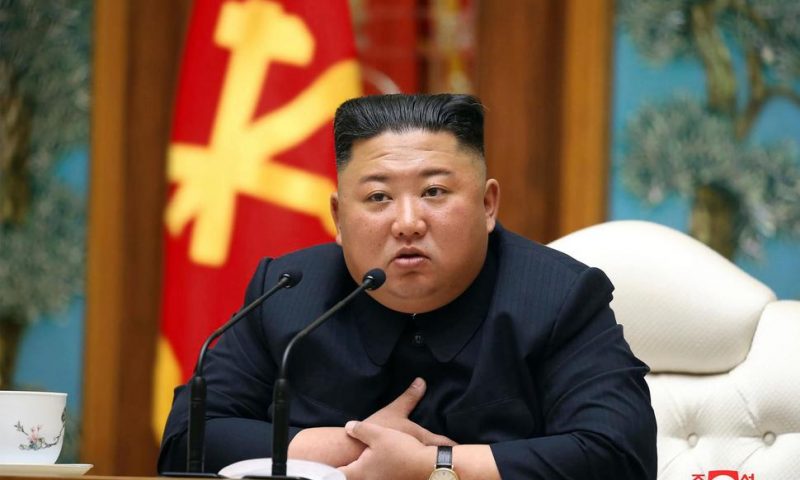 The reclusive leader was last seen on April 11 and was since rumored to be gravely ill or even dead.

NORTH KOREAN LEADER KIM Jong Un reportedly appeared in public Friday after a weekslong disappearance that fueled widespread speculation the reclusive leader may be gravely ill or even dead.

State news claimed late Friday that Kim attended the completion ceremony of a newly constructed fertilizer factory in Sunchon, just north of Pyongyang, according to South Korean news agency Yonhap. It did not immediately release photos of the event or his attendance.

“All the participants broke into thunderous cheers of ‘hurrah!’ extending the greatest glory to the Supreme Leader,” North Korea’s official Korean Central News Agency reported, according to Yonhap. It added that Kim has “has led the grand revolutionary advance for strengthening self-supporting economy to a victory with his outstanding leadership.”

Kim was last seen publicly on April 11. His absence gained widespread attention when he missed celebrations on April 15 marking the 108th anniversary of the birth of his grandfather and the country’s founder, Kim Il Sung.

Analysts believed he was ensconced at his summer retreat in Wonsan, roughly 130 miles east of Pyongyang, following commercial satellite footage that showed his official train was parked at a nearby station. But his condition was unknown. Rumors circulated that he may have undergone medical treatment for his many ailments due to heavy smoking and obesity. He may also have been isolating himself from the spread of the coronavirus, which has no reported cases in North Korea but which Western officials believe almost certainly has affected the country’s underdeveloped public health system.

Some believed he may have died and that top North Korean officials were trying to hide the news while they determined who would succeed Kim. Analysts considered his sister, Kim Jo Yong, the most likely heir.

Kim, believed to be 36 years old, had previously gone missing for three weeks in 2014 for what was later revealed to be medical procedures, likely to address symptoms of gout.