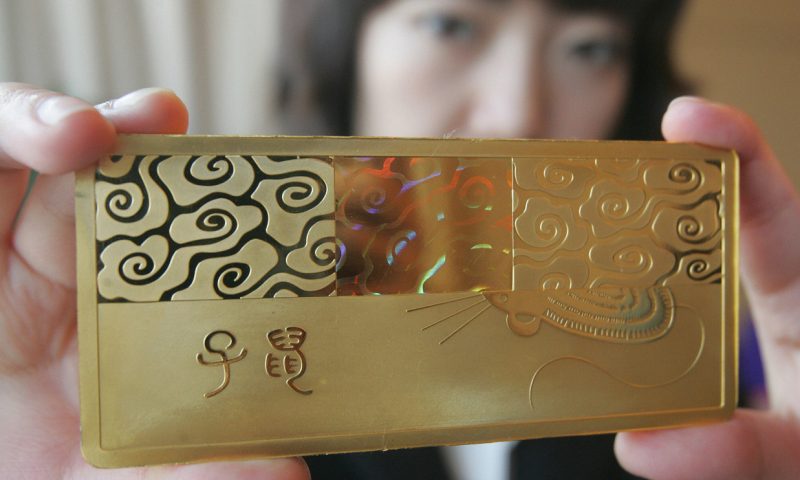 Gold futures rallied on Monday to post the largest daily dollar gain on record, with bullion up a third straight session after the Federal Reserve unveiled a major stimulus package that includes unlimited purchases of Treasurys and mortgage-backed securities.

Gold had initially gained ground as global stocks traded lower on continued worries over the tremendous economic hit expected from the global COVID-10 pandemic. Gold moved even higher as U.S. benchmark stock indexes dropped in the wake of the Fed move.

“Just over a week after the Fed slashed rates to the lower bound, and with global stock markets once again sharply lower, the U.S. central bank intervened decisively again…by announcing an open ended unlimited quantitative easing program, buying US Treasurys and mortgage-backed securities, a QE infinity if you like,” said Michael Hewson, chief market analyst at CMC Markets UK.

“With the U.S. dollar sweeping all before it and rising sharply, especially against emerging market economies, it would also appear the Fed officials have decided that they needed to do something radical to slow the advance of the U.S. dollar, as well as try and put a floor under equity markets,” he said in market commentary.

The dollar weakened after the Fed move, with the ICE U.S. Dollar Index DXY, -0.749%, a measure of the buck against a basket of a half-dozen rivals down 0.5% Monday, providing support for gold. A weaker currency can be a boon for commodities priced in the dollar, making them cheaper to users of other currencies.

Gold for April delivery GCJ20, 1.780% on Comex rose $83, or 5.6%, to settle at $1,567.60 an ounce, after putting in a weekly decline for the most-active contract of 2.1%. Based on the most-active contract, prices scored their largest one-day dollar gain based on records dating back to November 1984, according to Dow Jones Market Data. They also notched the largest daily percentage rise since March 2009.

The Fed “has opened all the taps, and they have rolled out every single possible move,” said Naeem Aslam, chief market analyst at AvaTrade. “Gold traders have welcomed the news. The Fed move created an explosive upward move in the gold price.”

In a market update, Aslam said that while he has argued that gold below $1,500 an ounce was a “bargain,” it’s “important to keep in mind that if the current move fails to calm the market nerves, then we have a real problem because the Fed is completely out of all bullets—at least the one market knows.

“If the panic comes back, then one would expect the gold price to suffer again especially if the selloff takes the same shape as the last week,” he said.

Gold has faced some friction as a haven asset, as cash-strapped investors have been forced at times to sell bullion amid the persistent global rout in financial markets that has knocked most markets into bear-market territory. Overall strength in the dollar also has weighed on the price of precious metals, as the cases of the infectious disease that was first identified in Asia in December accelerates.

The U.S. Senate failed to advance a bill on the stimulus package, as talks continued on Monday between Republican and Democrats.

Germany, meanwhile, may authorize more than €350 billion in new debt, according to reports, as Chancellor Angela Merkel was quarantined after coming into a contact with a doctor who had contracted the illness.