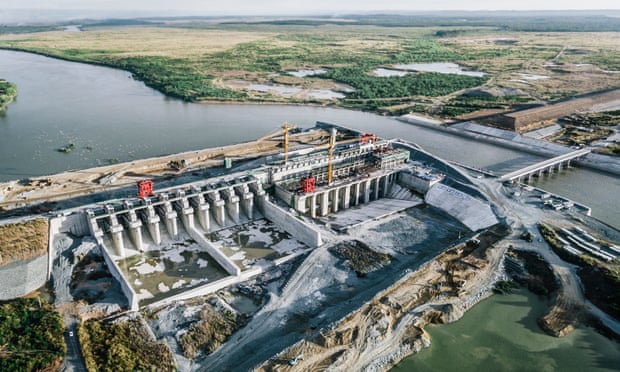 A Cambodian government decision to postpone building new hydropower dams on the Mekong river has been welcomed by campaigners, who say it will provide welcome relief to the tens of thousands of people whose livelihood depend upon its rich resources.

Cambodia announced on Wednesday that it would not build any new hydropower dams on the mainstream Mekong for the next decade, allaying fears that the river’s fragile biodiversity could be further devastated by development projects.

Mak Bunthoeurn, project coordinator of the NGO Forum in Cambodia, said many communities alongside the river feared they would be forced to abandon their homes and livelihoods if previous plans to develop a dam went ahead. “They have time to enjoy the river. For their livelihood they depend on the fish they receive from the Mekong river and the ecosystem,” he said. He hoped the 10-year suspension would give campaigners time to encourage officials to abandon dam projects entirely.

The Mekong, which supports the world’s largest inland fishery, flows from the Tibetan plateau down to the South China Sea, passing through or by Myanmar, Laos, Thailand, Cambodia and Vietnam.

Across the region at least 60 million people depend on its resources but it is increasingly threatened by hydropower development as well as climate change and the illegal wildlife trade.

Cambodia had announced plans for two dams at Sambor and Stung Treng but both are now on hold.

“According to the study we need to develop coal, LNG, imports from neighbouring countries and solar energy,” he said, adding that he could not give details contained in a government master plan.

“In this 10-year plan, from 2020 to 2030, we have no plans to develop a mainstream dam,” he said. The country has not ruled out constructing dams on Mekong tributaries.

Cambodia’s decision means that neighbouring Laos, which has opened two new dams on the mainstream Mekong in the past six months, is the only country in the Lower Mekong Basin planning hydropower on the river.

Marc Goichot, who leads the World Wide Fund for Nature’s work on freshwater in the Asia Pacific region, said Cambodia had set an example for other countries.

He described the decision as “the best possible news for the sustainable future of the tens of millions of people living alongside it and for the amazing biodiversity that depends on it, especially the world’s largest population of Irrawaddy river dolphins.

“The science clearly shows that those dams would significantly reduce wild fisheries and block sediment flows, speeding up the sinking and shrinking of the delta and threatening the future of Vietnam’s major rice basket, countless fishing communities and long-term economic sustainability.”

Bunthoeurn called on Laos to take abandon dam projects and said Mekong governments should focus instead on generating energy from solar and wind.