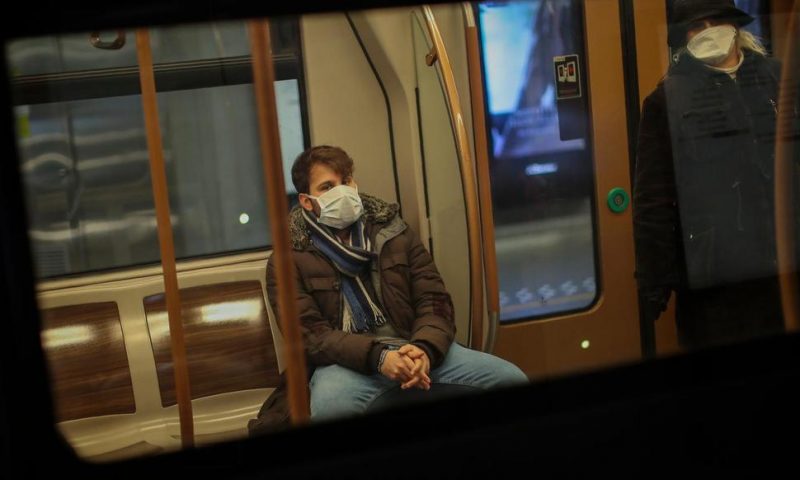 The European Central Bank is launching a new, expanded program to buy financial assets in a bid to calm markets roiled by the virus outbreak.

FRANKFURT, Germany — The European Central Bank is launching a new, expanded program to buy financial assets in a bid to calm markets as monetary authorities struggle to counter the devastation the virus outbreak is wreaking on the global economy.

The ECB said it could buy up to 750 billion euros ($820 billion) in government and private sector bonds as well as commercial paper by year end.

The gravity of the situation was underlined by the fact that the bank had just announced new stimulus efforts only last week and had to revisit them with an unusual decision between scheduled meetings.

The Fed on Sunday slashed its benchmark interest rate to near zero and said it would buy $700 billion in Treasury and mortgage bonds. On Tuesday, it put in motion two emergency lending programs, last used during the 2008 financial crisis, that aim to ease the flow of credit to U.S. businesses and households struggling amid the viral outbreak.

The Trump administration, separately, is backing a roughly $850 billion emergency stimulus package, which would include sending checks directly to American households to help tide them over during the disruption.

The ECB said its purchases, dubbed the Pandemic Emergency Purchase Programme, would be aimed at keeping borrowing costs down to support the outlook for Europe’s economy and make sure the bank’s low benchmark rates keep getting through to businesses and consumers.

The chief monetary authority for the euro currency union said that it is “committed to playing its role in supporting all citizens of the euro area through this extremely challenging time.”

“To that end, the ECB will ensure that all sectors of the economy can benefit from supportive financing conditions that enable them to absorb this shock.,” the bank said. “This applies equally to families, firms, banks and governments.”

The 25-member governing council said in its statement that if needed, it could increase its purchases “by as much as necessary and for as long as needed.”

The move comes as market borrowing costs for heavily indebted Italy rose and as the eurozone faces a drastic economic slowdown with many businesses closed. The purchases can drive down those market interest rates and reduce fears that indebted countries could get into financial trouble.

The interest yield on 10-year Italian government bonds spiked on Wednesday as stocks plunged and pessimism grew about how deep the downturn from the outbreak might be.

Frederik Ducrozet, senior European economist at Pictet Wealth Management, said that “the ECB is all in,” and said that if governments continue to add their own support efforts “this looks like a game changer for the euro area economy and markets.”

Higher bond yields brought back ugly memories of the eurozone debt crisis in 2010-2012, when market turmoil and rising government borrowing costs threatened to break up the euro currency union. That crisis was calmed by a similar ECB promise to purchase bonds of countries suffering from excessive borrowing costs. Mario Draghi, the bank’s president at the time, said the institution would “do whatever it takes” to preserve the euro.

The new ECB purchase program has a key difference in that it does not require a country to ask for it or agree to a program of spending restrictions. It comes on top of ECB stimulus efforts including a negative rate on deposits it takes from commercial banks of minus 0.5%, 20 billion euros per month in existing bond purchases, and up to 2.3 trillion euros in negative interest credit offered to banks, in effect paying them to borrow so long as they keep credit flowing to companies.