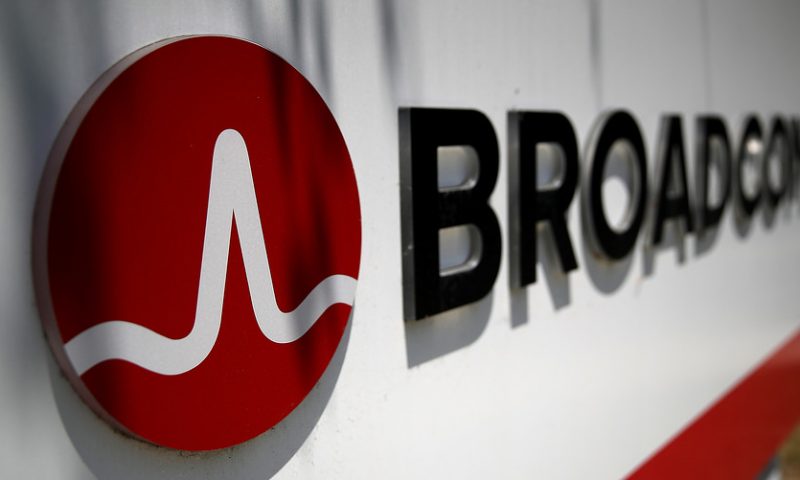 Broadcom Inc (NASDAQ:AVGO)’s stock price reached a new 52-week low on Monday after TheStreet downgraded the stock from a b rating to a c+ rating. The company traded as low as $203.07 and last traded at $209.57, with a volume of 242692 shares changing hands. The stock had previously closed at $234.22.

In other news, CEO Hock E. Tan sold 75,000 shares of the stock in a transaction on Wednesday, January 8th. The shares were sold at an average price of $311.02, for a total value of $23,326,500.00. The transaction was disclosed in a document filed with the Securities & Exchange Commission, which is accessible through this hyperlink. Insiders sold 347,292 shares of company stock valued at $106,455,013 in the last three months. Company insiders own 3.30% of the company’s stock.

Broadcom (NASDAQ:AVGO) last announced its earnings results on Thursday, March 12th. The semiconductor manufacturer reported $5.25 earnings per share for the quarter, missing the consensus estimate of $5.33 by ($0.08). The firm had revenue of $5.86 billion during the quarter, compared to analysts’ expectations of $5.99 billion. Broadcom had a net margin of 11.64% and a return on equity of 51.99%. Broadcom’s revenue for the quarter was up 1.2% compared to the same quarter last year. During the same quarter last year, the company posted $5.55 earnings per share. On average, sell-side analysts anticipate that Broadcom Inc will post 19.04 earnings per share for the current fiscal year.

The company also recently announced a quarterly dividend, which will be paid on Tuesday, March 31st. Stockholders of record on Monday, March 23rd will be paid a $3.25 dividend. The ex-dividend date is Friday, March 20th. This represents a $13.00 annualized dividend and a dividend yield of 6.93%. Broadcom’s dividend payout ratio (DPR) is presently 74.67%.