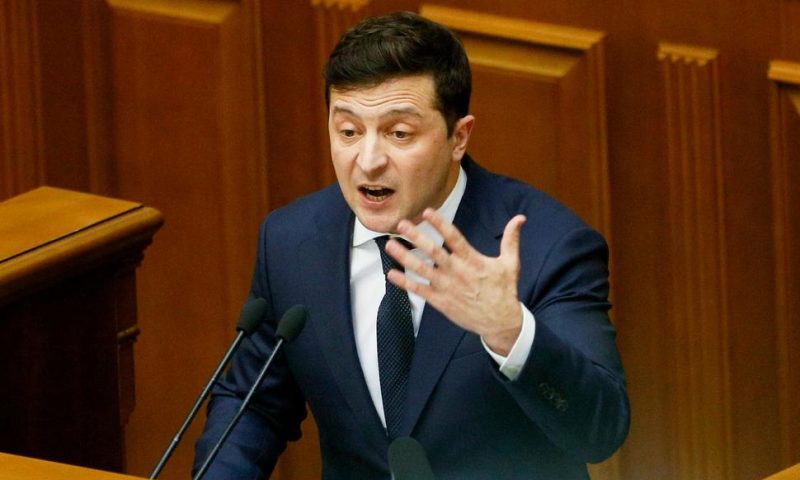 Ukrainian lawmakers overwhelmingly voted Wednesday to accept the resignation of the prime minister, whose performance over his six-month tenure came under severe criticism from President Volodymyr Zelenskiy.

KYIV, UKRAINE — Ukrainian lawmakers overwhelmingly voted Wednesday to accept the resignation of the nation’s prime minister, whose performance over his six-month tenure came under severe criticism from President Volodymyr Zelenskiy.

The president’s Servant of the People party, which dominates the parliament, took the lead in relieving Oleksiy Honcharuk of his post.

In a speech to lawmakers before the vote, Zelenskiy took aim at Honcharuk for failing to halt an industrial slump and for not meeting tax collection targets.

“We need new brains and new hearts in the government,” the president said.

Shmygal, 44 who was named deputy prime minister last month, had previously served as head of the regional administration in the western region of Ivano-Frankivsk.

He said in a speech to lawmakers that “the citizens’ expectations are enormous and their patience is running out,” adding that “we need results today.”

Several key Cabinet members are also set to lose their jobs in the shake-up.

The 35-year-old Honcharuk first offered his resignation in January after he was caught on tape saying Zelenskiy — a former sitcom star with no previous political experience — knows nothing about the economy. Zelenskiy then called the situation “unpleasant,” but asked Honcharuk to stay in post.

Zelenskiy on Wednesday noted that while members of Honcharuk’s Cabinet weren’t mired in corruption their efforts to eradicate graft hasn’t been strong enough.

“It’s not enough not to steal,” he said, adding that the Cabinet hasn’t been active enough in eradicating corruption. “We promised citizens to win the fight against corruption, and it hasn’t even been a tie.”

In a short speech to lawmakers, Honcharuk pointed at low inflation and macroeconomic stability among his achievements and praised Zelenskiy’s leadership.

“We have a good president, he’s a decent and honest person,” he said.

The Cabinet reshuffle comes as Zelenskiy’s approval ratings have dropped significantly since his landslide victory in his election victory in April.

Ex-President Petro Poroshenko dismissed the Cabinet reshuffle as an attempt by Zelenskiy to shore up his sagging popularity by “shifting blame for his own failures.”

Zelenskiy, 42, campaigned on promises to end the war with Russia-backed separatists in eastern Ukraine and combat the country’s endemic corruption.

Zelenskiy initiated a new round of talks to settle the conflict and an exchange of war prisoners, but clashes in the east have persisted.

Over the past few months, Zelenskiy also found himself embroiled in the impeachment case against President Donald Trump, who was accused of withholding around $400 million in military aid to Ukraine to pressure it to investigate Democratic presidential rival Biden. Trump was impeached in December on two counts by the Democratic-run House, but the Republican-run Senate acquitted him on both counts.

“The main reason is disappointment and discontent not just with Honcharuk, but with the government as a whole,” he said.

Fesenko noted that the new Cabinet will now have to persuade the International Monetary Fund that it will continue on the reform path to secure a $5.5 billion loan package agreed in December.

Tensions Between Greece and Turkey Rise Over Migrant Clashes