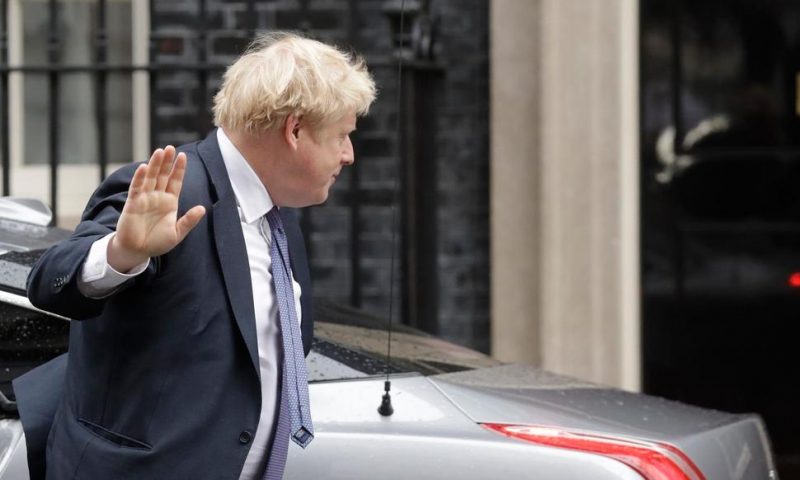 The European Union and Britain are kicking off long-awaited trade talks on Monday amid tensions over Prime Minister Boris Johnson’s threat to walk away if not enough progress is made in four months.

BRUSSELS — Long-awaited trade talks between the European Union and Britain kick off Monday amid deep tensions over Prime Minister Boris Johnson’s threat to walk away from the talks if not enough progress is made within four months.

Britain became the first country to ever leave the EU on Jan. 31. Monday’s talks mark the start of a process aimed at securing its commercial, fishing and other ties with the world’s biggest trading bloc.

All that has to be concluded by the end of this year, according to Johnson.

Given that most EU trade deals with other countries take years to conclude, there is real time pressure on the negotiators.

This week’s negotiations will take place in Brussels. The EU will be represented by the European Commission, which has supervised the Brexit process and which negotiates international trade agreements on behalf of the 27 member countries.

EU chief negotiator Michel Barnier has said that no deal can provide the frictionless trade that membership provided.

The first round of talks will run until Thursday and are set to center mostly on negotiating formalities, although some discussion on the substance of an agreement is expected. The teams are expected to meet every 2-3 weeks, alternating between Brussels and London. Half a dozen or so rounds of negotiations are expected to take place by the end of June.

That will be a crucial moment in the discussions. Under the divorce agreement signed last year, Britain must decide by then whether it wants to extend a transition period that is aimed at smoothing its departure from the bloc, of which it was a member of for 47 years.

Johnson has insisted that he won’t be asking for any extension to the transition period beyond the end of this year. That effectively means that in the event of no deal this year, Britain and the EU will then trade on terms outlined by the World Trade Organization, which would see tariffs and other restrictions imposed.

During the transition, Britain effectively remains within the EU’s economic orbit, including its single market for trade in goods and services, even though it has left its political institutions.

Johnson was one of the main backers of the Brexit campaign in the June 2016 referendum, and said leaving the EU would restore his country’s sovereignty. London’s negotiating mandate states: “we will not agree to any obligations for our laws to be aligned with the EU’s, or for the EU’s institutions, including the Court of Justice, to have any jurisdiction in the U.K.”

The EU has said it won’t be pressured by Johnson’s demand to wrap up a trade deal by the end of this year and is keen to ensure that his government does not secure an agreement that could give Britain a competitive advantage. EU negotiators want Britain to sign up to a swathe of EU regulations, including environmental standards, workers’ rights and state aid rules.

The first potential big tussle may well be on fishing rights. Johnson says Brexit means that Britain takes control of its waters. The EU, meanwhile, wants to make sure its fishing fleets still have access to British waters, in much the same way as they do now.

World Economy May Shrink Because of Virus, Watchdog Says

Kosovo Lays Out Prospect of Tariff Cut on Serb Goods