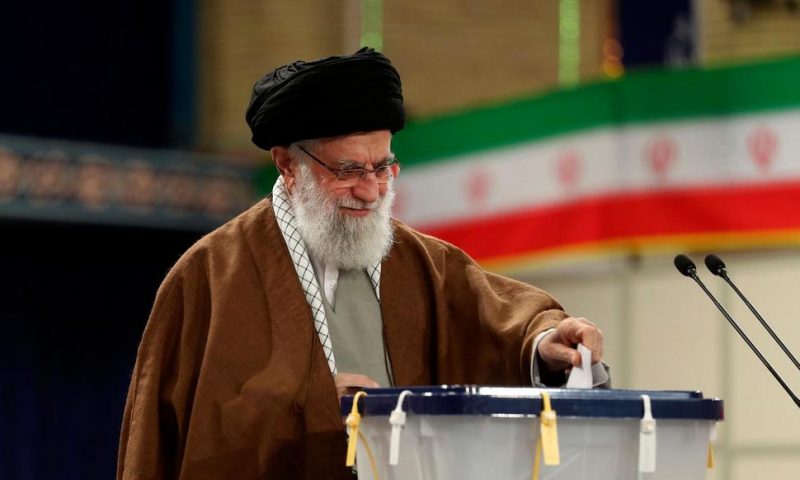 An international agency that monitors terrorism financing has announced tough new financial scrutiny for Iran and added seven countries to a watch list.

Pakistan, meanwhile, won a reprieve from the Financial Action Task Force at its meetings in Paris this week. The monitoring body gave Pakistan’s government another four months to crack down on terrorism financing and did not put the country on a damaging “black list.”

Iran and North Korea are the only two countries currently on the agency’s black list. That means international financial transactions with those countries are closely scrutinized, making it costly and cumbersome to do business with them. International creditors can also place restrictions on lending to black-listed countries.

The FATF decided on Friday to further tighten the screws on Iran — whose economy is already reeling — by imposing extra measures that could require audits on more transactions and make it even harder for foreign investors to do business there.

The group made the decision because Iran failed to fulfill its promises to the FATF despite repeated warnings. In a statement, the organization said that Iran hasn’t done enough to criminalize terrorist financing, require transparency in wire transfers or freeze terrorist assets targeted by U.N. sanctions.

The head of Iran’s central bank, Abdolnasser Hemmati, said the decision will “will create no problem for Iran’s foreign trade and currency.”

Iranian Foreign Ministry spokesman Abbas Mousavi called the decision “politicized” and a result of pressure from the United States, Saudi Arabia and Israel.

Mousavi said Iran had implemented “all regulations and laws linked to money laundering and financing terrorism in the more than past two years.”

After President Donald Trump unilaterally withdrew from Iran’s 2015 agreement with world powers to curb its nuclear program, the U.S. imposed sanctions that have exacerbated Iran’s economic crisis, pummeling the local currency, wiping away many people’s life savings and making it tougher for Iran to export oil. The Institute of International Finance estimates that Iran’s economy will contract this fiscal year by more than 7%.

“We commend FATF for calling on our partners around the world to take concrete steps to impose financial restrictions to protect the global financial system from Iranian threats,” Treasury Secretary Steven Mnuchin said in a statement.

Pakistan, meanwhile, has been trying to get off the FATF gray list, the color code for countries that are only partially fulfilling international rules for fighting terrorism financing and money laundering.

The FATF said that Pakistan had fulfilled 14 of 27 steps to get off the watch list, but still must do more to track money transfers and investigate and prosecute terrorism financiers.

The Pakistani government said in a statement that it “stands committed for taking all necessary action required” to fulfill the remaining steps. “A strategy in this regard has been formulated and is being implemented.”

The Financial Action Task Force also put seven new countries on its gray list because of gaps or failures in stemming the financing of terrorist groups or money laundering. The countries – Albania, Barbados, Jamaica, Mauritius, Myanmar, Nicaragua and Uganda – were ordered to take a series of legal and other steps to be removed from the list and avoid further financial punishment.

China Suspends More Penalties on US Goods After Trade Truce